KABC
By ABC7.com staff
LOS ANGELES (KABC) -- Carrie Fisher is in critical condition and on a ventilator after suffering from cardiac arrest aboard a flight from London to Los Angeles, Eyewitness News has confirmed.

After the plane landed at Los Angeles International Airport on Friday, the Los Angeles Fire Department responded and administered CPR prior to transporting the actress to UCLA Medical Center.

Todd Fisher told Eyewitness News that his sister is "getting the best care she can receive."

"She's obviously a very tough girl who's survived many things," he said in an interview.

"I encourage everyone to pray for her."

Carrie and Todd Fisher are the children of entertainers Debbie Reynolds and the late Eddie Fisher.


as if 2016 couldn't get any worse... sending all our love to @carrieffisher

Medical personnel met United flight 935 from London to Los Angeles upon arrival today after the crew reported that a passenger was unresponsive. Our thoughts are with our customer at this time and any requests for additional information should be directed to local authorities.

The 60-year-old actress is best known for her role as Princess Leia in the classic film series, "Star Wars," the first of which was released in 1977.

Fisher reprised that role in the 2015 film "Star Wars: The Force Awakens." 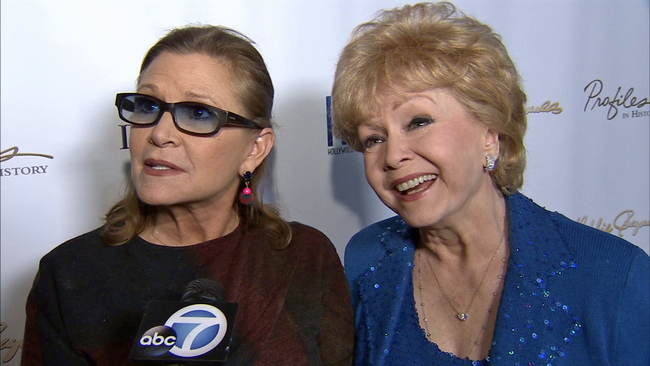