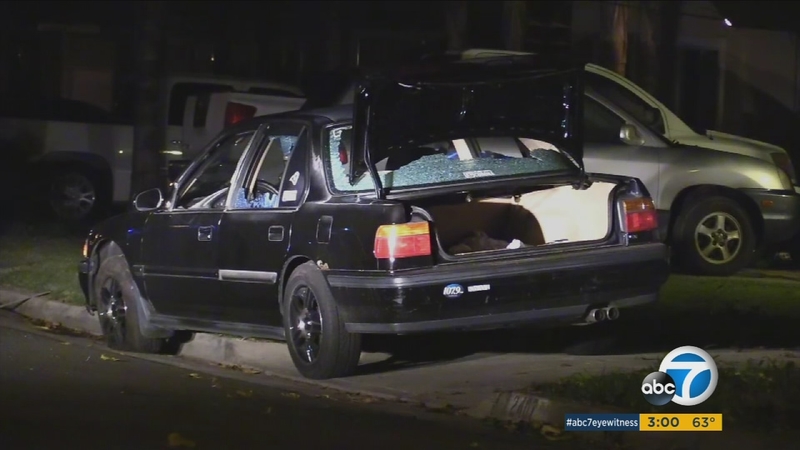 RIVERSIDE, Calif. (KABC) -- A 24-year-old man was shot by police and later arrested after he allegedly attempted to ram his car into officers during a chase in Riverside early Monday.

The arrest came after two Riverside police officers attempted to stop Ryan Rodriguez in a reported stolen vehicle near Orange and Spruce streets at about 12:15 a.m.

Rodriguez then led police on a chase before losing control of the car and crashing on a curb near Main and Spruce streets, according to the Riverside Police Department.

The officers ordered the suspect to get out of the vehicle, but police say Rodriguez responded by accelerating in reverse, toward the officers. An officer-involved shooting occurred and Rodriguez sped in the vehicle until it lost control again.

Police said the suspect then ran away from the crash site and was later found hiding inside an old Ford Bronco in the backyard of a home on Northbend Street.

Rodriguez suffered a non-life-threatening gunshot wound to the upper body as a result of the officer-involved shooting.

He was treated at a local hospital and then booked at the Riverside County Jail for assault with a deadly weapon on a peace officer.

The Riverside County District Attorney's office and police detectives were investigating the incident. Anyone with information on the case was urged to contact Detective Michael O'Boyle at 951-353-7213 or Detective Dave Smith at 951-353-7103.