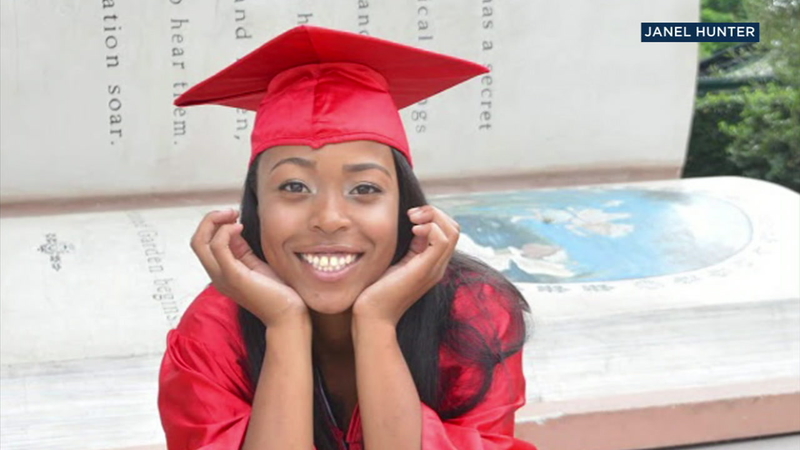 COMPTON, Calif. (KABC) -- Chloe Hunter had her heart set on being a nurse, but the 17-year-old's life was cut short during a shooting in Compton.

Hunter had graduated Bellflower High School early so she could earn more money to pay for college. She went on to take classes at Cerritos College.

Janel said she was proofreading her daughter's English assignment Sunday, when Chloe left to meet a friend at a Compton dance-off, which is designed to keep children off the streets and out of trouble.

Chloe was one of four people shot that day. The other three victims are recovering, but Chloe was pronounced dead at the hospital.

Claire Hunter is struggling with the loss of her younger sister.

"I was at work...Chloe just came with a friend to go to a dance battle and then this happened," she said.

It's unclear who the shooting suspect is and he or she remains on the loose. The motive is also unclear.

Janel was robbed of her daughter, who was just three days shy of her 18th birthday. Now, Janel is only left with the pictures of a girl she desperately wants to be remembered as more than just another crime statistic.

"I really just wanted to put a name and a face - a person - and a life to the headline of 17-year-old girl killed in Compton. I want the world to know who that 17-year-old girl is," Janel said.