1 killed in wrong-way crash on 5 Freeway in Arleta; all lanes reopened 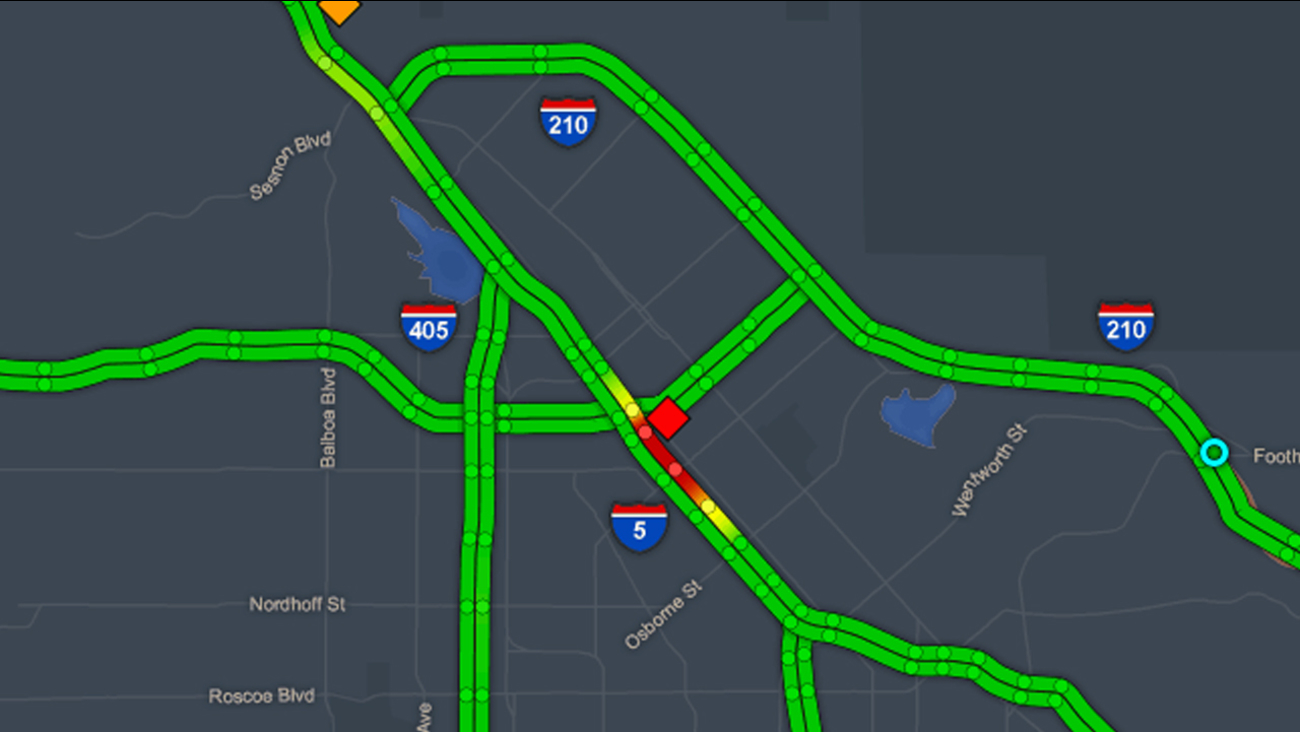 A map shows the location of a fatal wrong-way crash on the northbound 5 Freeway in Arleta on Thursday, Jan. 26, 2017. (KABC)

ARLETA, Calif. (KABC) -- A wrong-way crash on the northbound 5 Freeway in Arleta early Thursday morning left one person dead and initially prompted a shutdown in both directions on the interstate.

The collision was reported at 1:53 a.m. near Van Nuys Boulevard, according to the California Highway Patrol.

A man in his late 20s was pronounced dead at the scene, the CHP said. It was unclear how many others were possibly injured.

SIGALERT CANCELLATION IN ARLETA: NB I-5 AT VAN NUYS BLVD., ALL LANES ARE OPEN

The southbound side was reopened by 2:30 a.m. Northbound traffic was diverted onto Van Nuys Boulevard until shortly before 5:30 a.m., when the SigAlert was canceled and all lanes reopened.