Stubborn fire breaks out at feed store in Norco 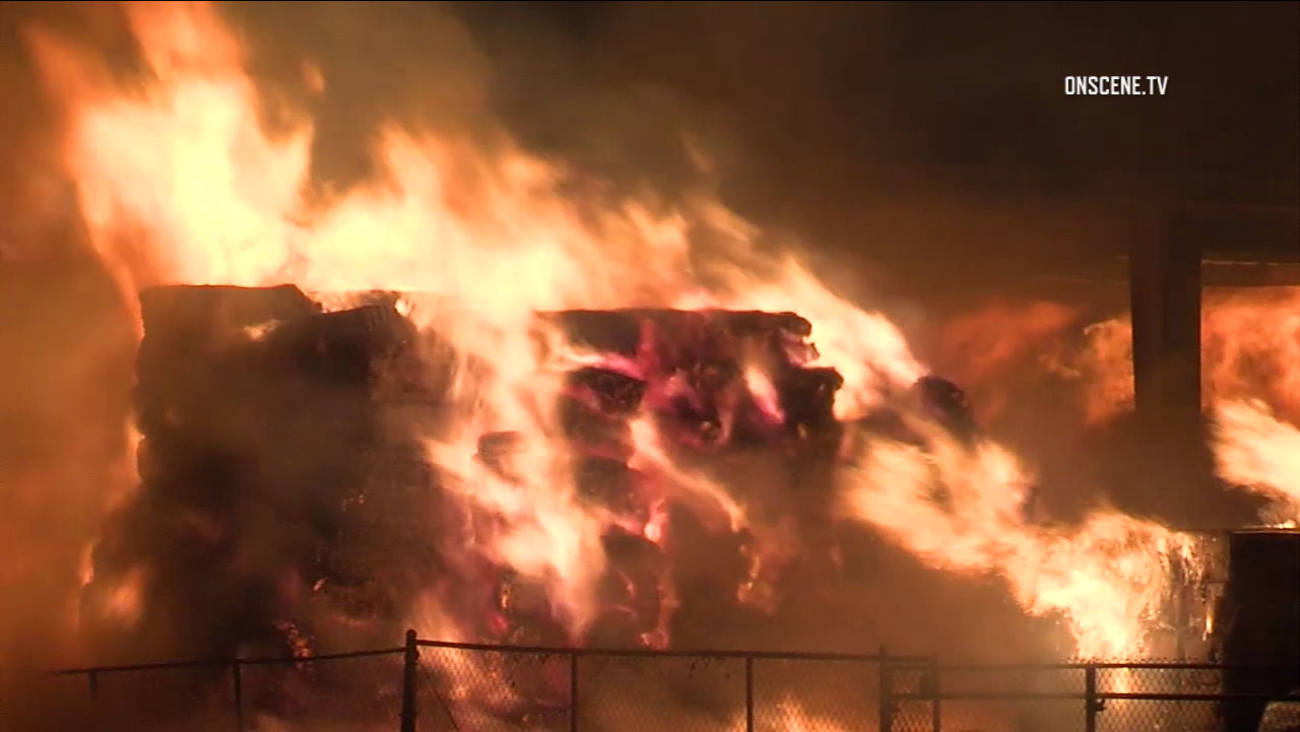 A feed store in Norco seen engulfed in flames as firefighters battle the blaze on Monday, Jan. 30, 2017.

The fire broke out shortly before 2 a.m. at Tony's Hay and Grain shop in the 1300 block of Sixth Street, according to the Riverside County Fire Department.

About 100 bales of hay were burning within the structure, which was closed at the time. Fire officials said no injuries were reported.

As of 5 a.m., the fire was contained to the burning stacks, and the blaze was not yet declared a knockdown.