2 killed, 2 critically injured in rollover crash on 101 Fwy in Hollywood 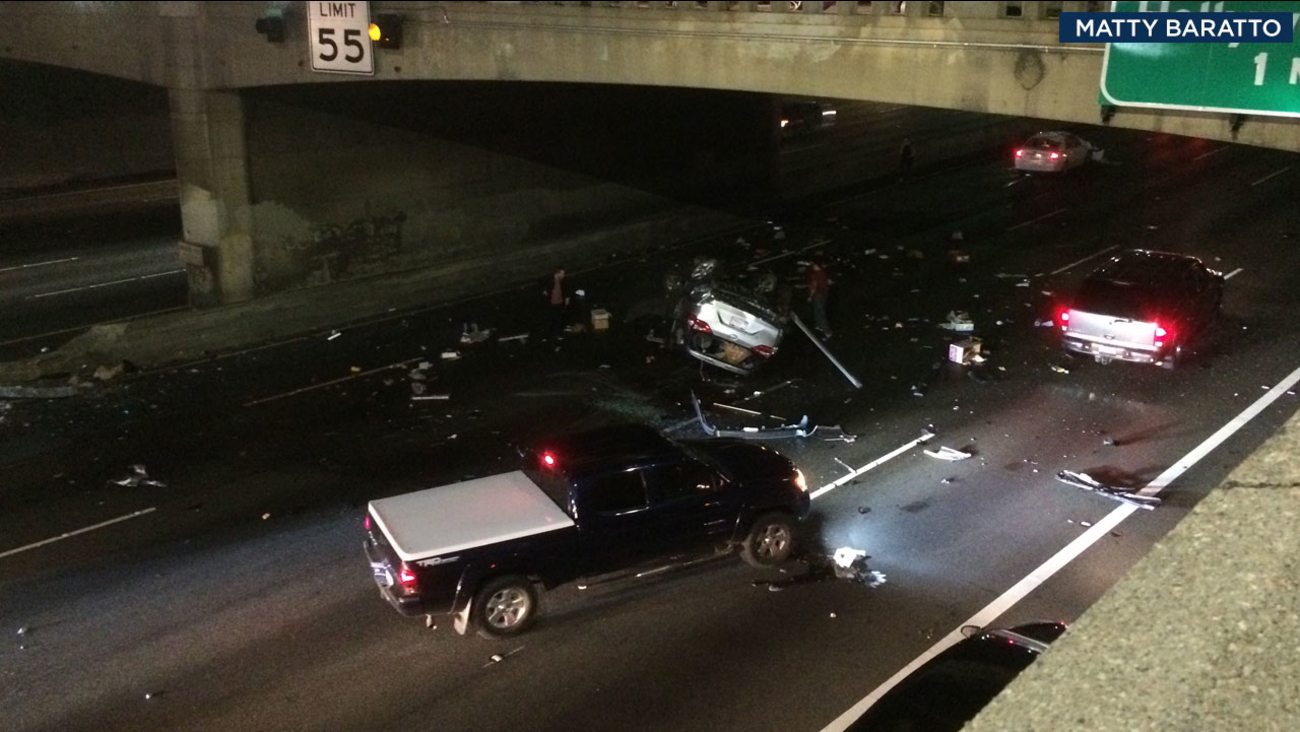 A witness at the scene of a deadly rollover crash captured images of the aftermath along the southbound 101 Freeway near Highland Avenue on Saturday, Feb. 4, 2017. (Photo courtesy Matty Baratto)

HOLLYWOOD, LOS ANGELES (KABC) -- Two women died and two men are hospitalized in critical condition after a rollover crash on the southbound 101 Freeway in Hollywood.

Authorities closed off all southbound lanes at Barham Boulevard, north of Highland Avenue, to clean up and investigate the scene.

By 9:30 p.m., California Highway Patrol officers opened two lanes of the freeway to traffic, and all lanes reopened at about 1 a.m. Sunday.

The incident happened around 7:20 p.m. Authorities said a van broke through a barrier near the Barham Boulevard overpass and careened onto the northbound lanes of the 101 Freeway. It landed on the center median and then crashed into a second car in the southbound lanes.

A third car was involved in the crash, but only suffered minor damage and no one was hurt, authorities said.

Los Angeles fire officials said all the patients were extracted from the turned-over car. Firefighters even had the van lifted to check that no one had ended up underneath the vehicle.

The car that was struck by the van contained only the driver, a 48-year-old man, who was taken to the hospital in critical condition.