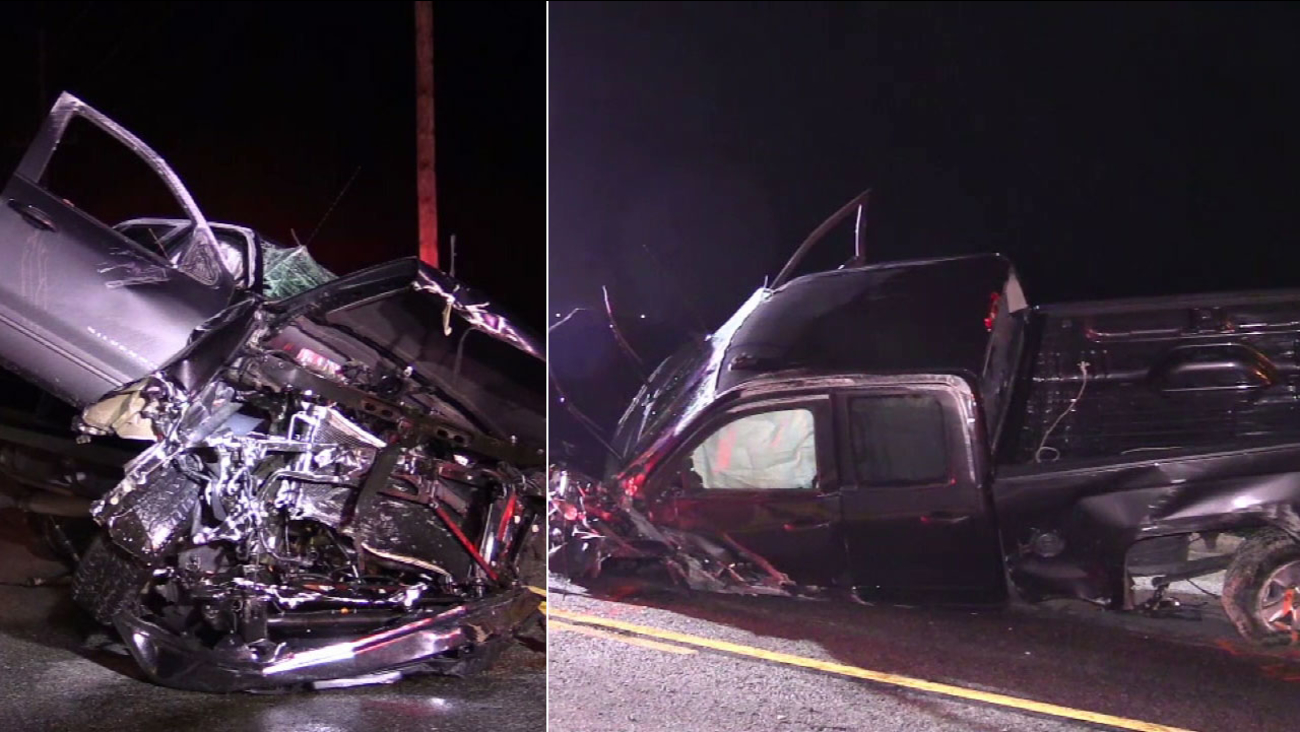 A truck is left mangled following a four-vehicle crash that injured nine people in Lakeview on Sunday, Feb. 19, 2017.

LAKEVIEW, Calif. (KABC) -- Police on Sunday were investigating a multi-vehicle crash that injured nine people in the Lakeview area of Riverside County.

The four-car pileup was reported shortly after 1:30 a.m. at the intersection of Gilman Springs and Eden Hot Springs roads, according to officials with the California Highway Patrol.

Cal Fire officials reported that one vehicle went over an embankment. Two people trapped in the wreckage had to be extricated, CHP officials said.

In total, nine people were taken to the hospital - three of them in critical condition.