KABC
By Jade Hernandez
DOWNTOWN LOS ANGELES (KABC) -- About 75 people gathered in Pershing Square on Monday to show their support for an undocumented immigrant who was detained by agents with the U.S. Immigration and Customs Enforcement while dropping his children off at school.

Romulo Avelica-Gonzalez, 48, was detained by ICE agents Tuesday while dropping his daughters off at school in Highland Park.

His arrest was captured on video by his 13-year-old daughter, Fatima Avelica, who could be heard sobbing as agents took her father away.

While Fatima Avelica was too distraught to speak during the rally, one of Romulo Avelica-Gonzalez's other daughters spoke to the crowd.

"My dad is very strong and that's why we are here. To be strong for him, and as a community we can do big things," she said.

The father, who the family's attorney said has paid taxes in the U.S. for 25 years, remains at a detention facility outside of Los Angeles.

"I was in grade school when he arrived in this country. He's paid his taxes, and he and his family have raised four beautiful U.S. citizen daughters. (They're) strong, independent women who are making the best of their community and rising to leadership levels," attorney Peter Greyshock said.

Those gathered on Monday urged ICE agents to use their discretion to keep a father with his family in the United States.

An emergency immigration town hall meeting was held in South Los Angeles later in the evening. Rep. Karen Bass said the video is one example of why fear is spreading in the U.S.

"The way the guidelines read - they are so general - that any jurisdiction could interpret it the way they want, and they can essentially say, 'if you're here illegally, you are a criminal,'" she said.

Romulo Avelica-Gonzalez's legal team has applied for a U-visa, which would keep him in the U.S. under special circumstances. His attorney said the approval process could take up to four years. 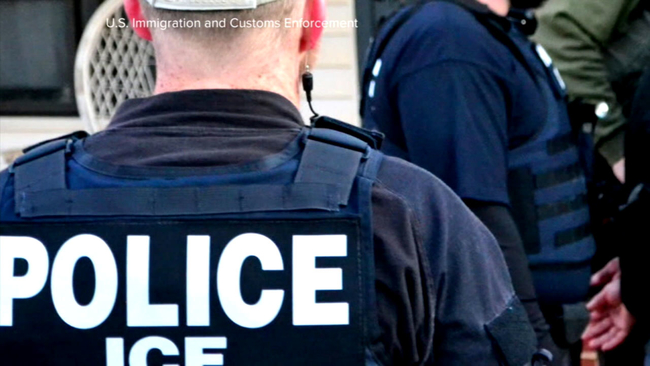 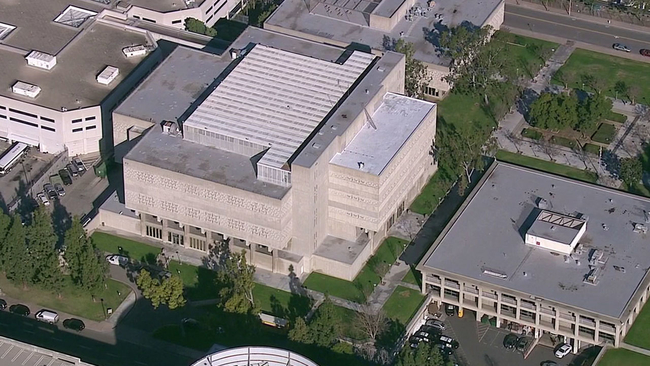 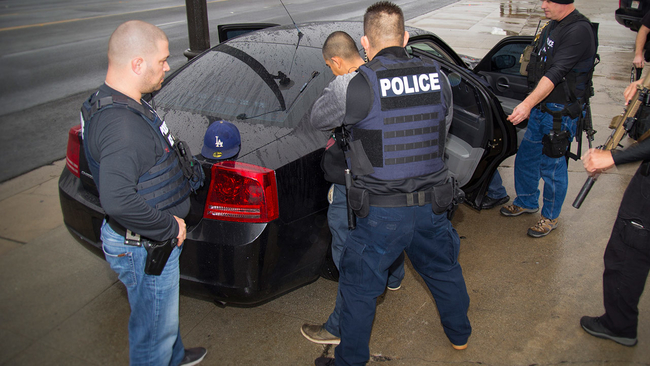