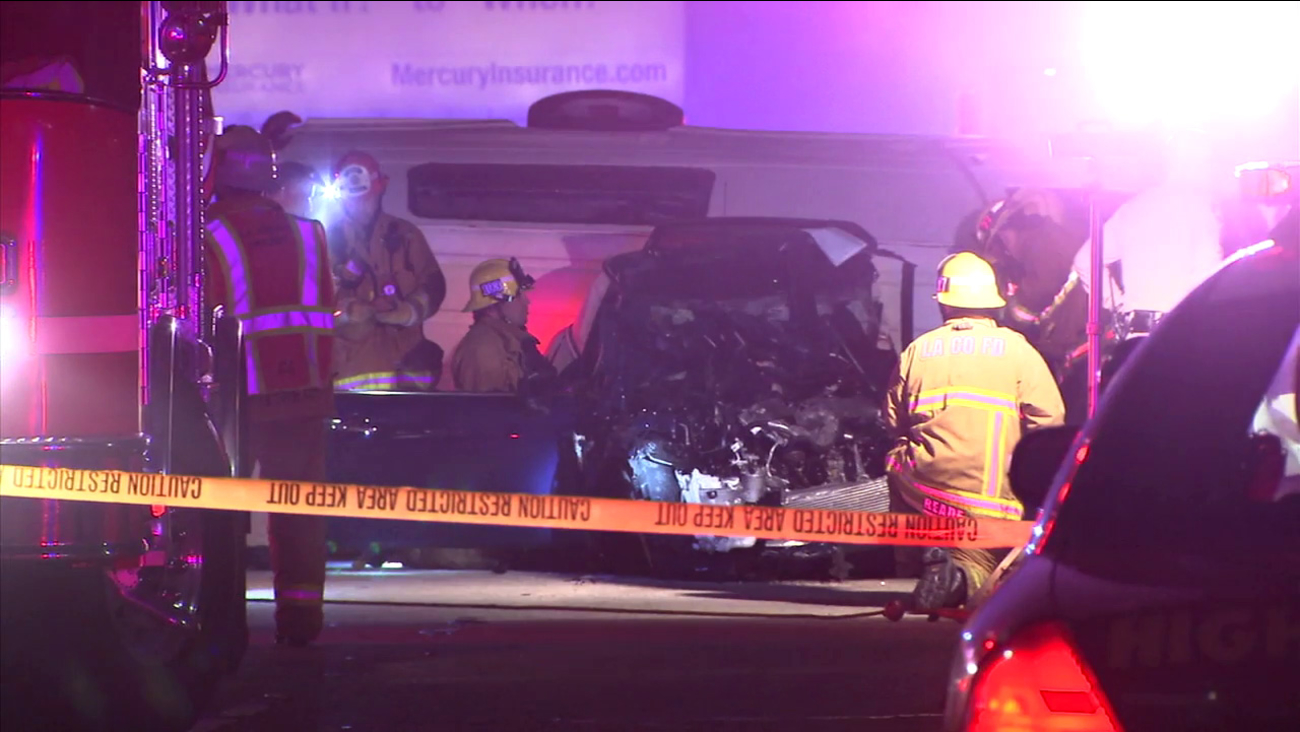 Three people were killed when a wrong-way driver crashed head-on into a van on the 5 Freeway in Commerce on Sunday, March 12, 2017.

COMMERCE, Calif. (KABC) -- Two of the three people killed in a wrong-way crash on the 5 Freeway in Commerce on Sunday have been identified by officials.

An investigation into the cause of the crash was ongoing.
Related topics:
city of commercelos angeles countytraffic fatalitieschpwrong wayfreewaycrash
Copyright © 2021 KABC-TV. All Rights Reserved.
RELATED 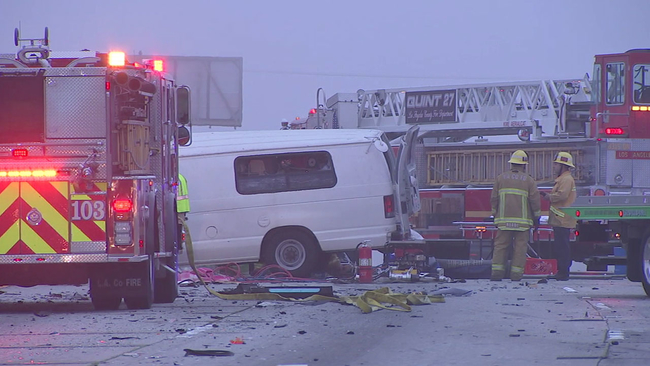