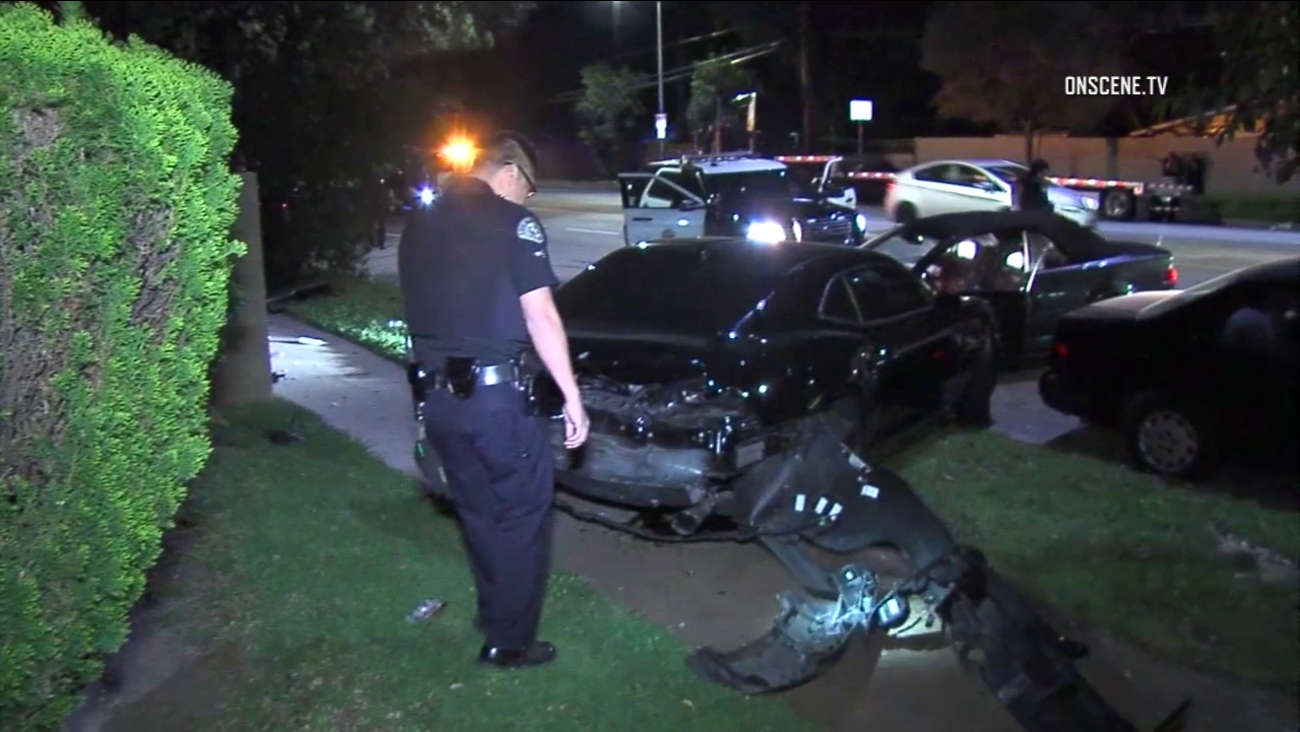 A police officer examines the wreckage of a vehicle after a high-speed crash in Northridge on Thursday, March 16, 2016. (OnScene) 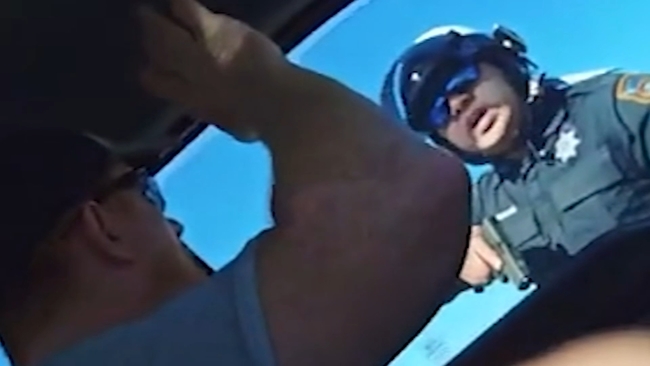