KABC
By Rob McMillan and ABC7.com staff
SAN BERNARDINO, Calif. (KABC) -- Authorities on Friday provided additional details about concurrent investigations that connected a suspect to a string of crimes in the Inland Empire, including a shootout with a sheriff's deputy in Hesperia and the shooting death of a man in Highland.

According to the sheriff, the 37-year-old Welch opened fire on Higgins as the deputy was investigating a report of a robbery early Thursday morning at a gas station on Ranchero Road in Hesperia.

Higgins, wearing a bulletproof vest, was struck on the left side of his chest and returned fire, McMahon said. "His soft body armor saved his life in this event," the sheriff said.

The suspect fled the scene in his vehicle and the deputy gave chase, authorities said, adding that Higgins pulled over to assess his injuries and call for assistance after the gunman escaped. The deputy was treated significant chest trauma at a hospital and released.

A manhunt ensued. Welch was located near his last known residence in Redlands and taken into custody by a SWAT team within 12 hours of the shootout, McMahon said. He was apprehended without incident while armed with a 9-millimeter handgun, a sheriff's sergeant said.

The vehicle recorded by the gas station's surveillance cameras was located at the home. Welch was transported to sheriff's headquarters, interviewed and booked. He was being held in lieu of $25,000,000 bail.

According to investigators, Welch was subsequently linked to the shooting death of Mario "Tony" Figueroa, 48, of Redlands.

Wednesday morning, Figueroa was found lying in the roadway at Sixth Street and Central Avenue in Highland, suffering from a gunshot wound. He was pronounced dead at the scene.

After dropping his nephew off at work in Rialto, Figueroa had been on his way home when he encountered Welch on the 210 Freeway, said Sheriff's Sgt. Robert Warrick.

"There's no indication that Mr. Figueroa was doing or did anything wrong to deserve any type of confrontation from the suspect," who followed Figueroa off the freeway, the sergeant said.

When Figueroa exited his vehicle, Welch allegedly opened fire while remaining inside his car, striking the man at least once in the head.

"Unfortunately, at that time, Mr. Figueroa fell to the street and the suspect wholeheartedly left him there to die as he fled the scene," said Warrick, who described the shooting as "a senseless act of violence."

Figueroa's niece also spoke at the press conference, where she thanked law enforcement officials and tearfully remembered her uncle as "a happy man and was always willing to lend a hand when someone needed him."

"He only wanted to do more with his life for his loved ones and himself," she said.

Investigative cooperation between the police and sheriff's departments resulted in Welch being linked to those incidents, which targeted two motorists in vehicles traveling in opposite directions. Each victim was struck by gunfire and treated for injuries that were not life-threatening.

De Anda praised Higgins as "a true hero that's out there every day and every night, doing what he's trained to do."

"Thank God for his survival in this incident," the police chief said.

Sheriff's officials said they do not yet have a motive behind the alleged crime spree and added that as of Friday, the shootings appear to be random.
Related topics:
hesperiarialtosan bernardino countygun violenceshootingdeputy involved shooting
Copyright © 2020 KABC-TV. All Rights Reserved.
RELATED 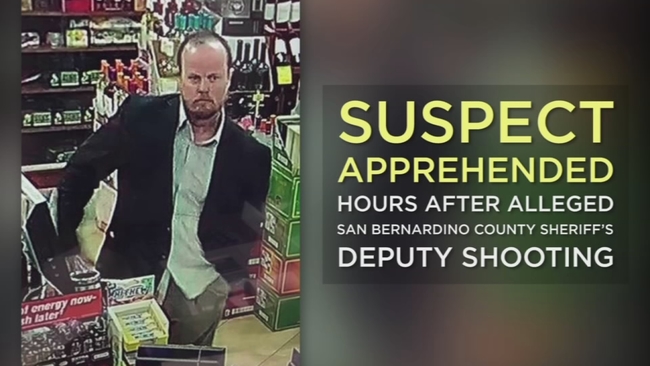 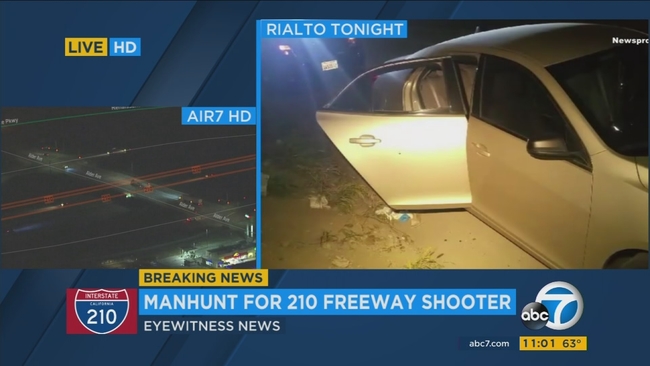