1st LGBTQ, Latina mayor talks about her love for Montebello to Vista L.A. 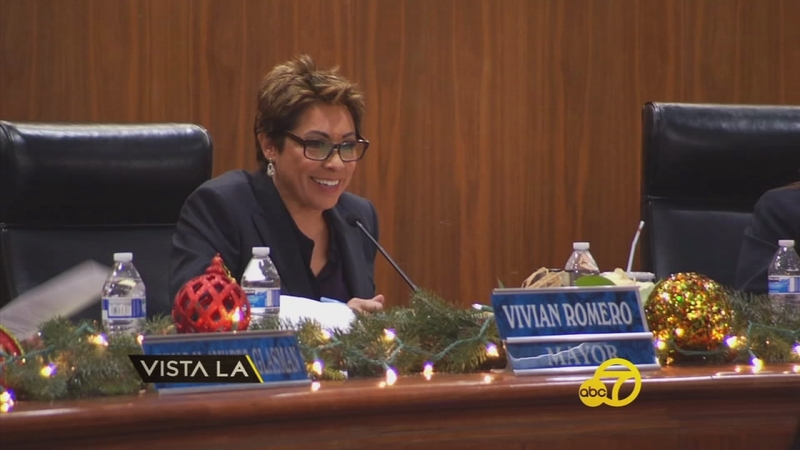 1st LGBT, Latina mayor discusses how she got into politics

MONTEBELLO, Calif. (KABC) -- There's a new mayor in Montebello and she's shaking things up in an attempt to make a difference in her hometown.

Vivian Romero found herself in a place where she needed to get involved. She is the first Latina and openly gay mayor of the city, but she has been active in the community for decades.

She led the effort to repair the Montebello veterans' memorial. She said she loves the people, sense of community, the small town feel and sense of love in the city.

But Romero wasn't always involved in politics. She was an artist, writing music for television show "The Shield" and managing musicians.

"Politics was an interesting thing because I never had a political bone in my body," she said. "It was all about music for me."

She said what led to her political involvement was "organic" and started with a string of burglaries happening in her neighborhood. Romero said it bothered her and organized people and police to discuss a way to stop the crime.

"People basically took back the neighborhood. I ended up in the front page of some newspaper and shortly after that I brought in a 5K, 10K run and a music festival," she said.

The day that she was doing the run and music event, she noticed the veterans' memorial was in poor shape. Her father was a veteran and seeing the memorial in disarray was tough. She began speaking with the city council, but they continually told her there wasn't enough money.

"I said, 'No, we've got to clean it up.' So I got a huge grant and I would say several hundred volunteers - the Kiwanis, the Lions Club, the vets, disabled vets came (to help)," she said.

She added that her partner, Shannon, pushed her to step up further and unite her community. She said other stakeholders in the community also encouraged her to get more involved.

Romero was sworn in as mayor in December. She said she is proud to be the first LGBT mayor even though she didn't run on that platform.

"People accept you as long as you're making the right decisions and doing what's best for the community because that's who I work for. They elected me to make those decisions," she said.
Report a correction or typo
Related topics:
societymontebellolos angeles countylgbtqlgbtq pridelatinapoliticselectionvista l.a.communitylgbt
Copyright © 2021 KABC-TV. All Rights Reserved.
RELATED 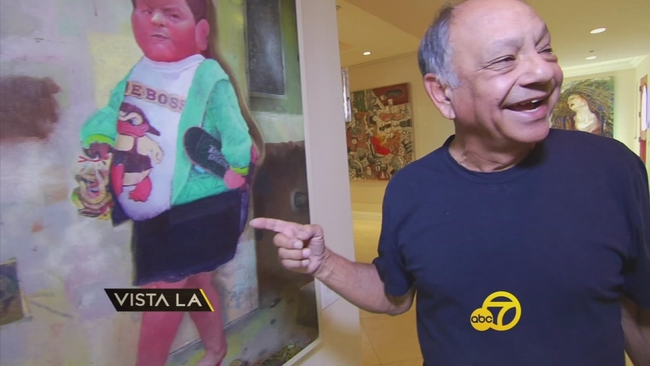