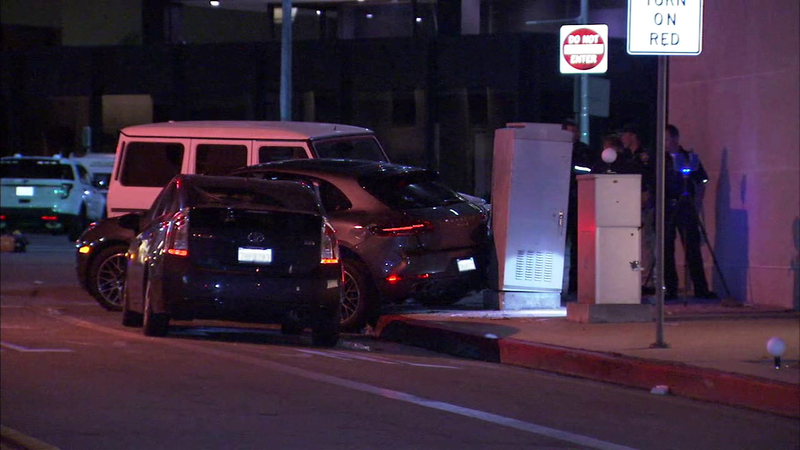 BEVERLY HILLS, Calif. (KABC) -- One pedestrian was killed and another was critically injured after they were hit by a car following a crash in Beverly Hills on Sunday, according to officials.

Beverly Hills police said the crash happened at the intersection of Wilshire Boulevard and Bedford Drive at about 5 p.m.

Investigators said two cars collided in the intersection, deflecting one of the vehicles into a man and woman.

The victims were rushed to the hospital where the woman was pronounced dead, authorities stated. The man suffered critical injuries, according to police.