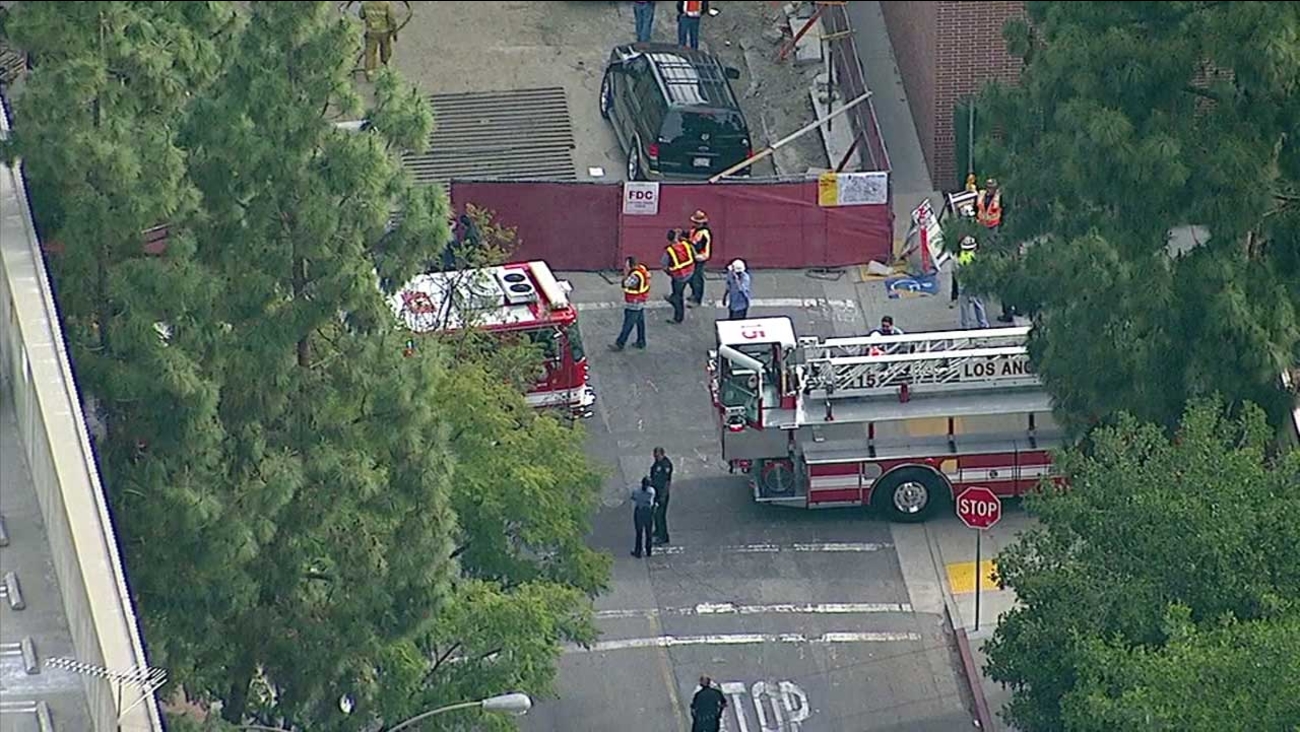 Emergency officials gather at the scene of a gas leak on the USC campus on Monday, April 18, 2017. (KABC)

LOS ANGELES (KABC) -- A major gas leak at the University of Southern California prompted a partial closure of the school Monday morning as fire officials worked to fix the problem.

The gas leak was reported at about 7:30 a.m. at the main campus in the area of McClintock Avenue, between Childs and Downey ways. Gate 6 was closed to vehicles and pedestrians.

Gilbride said the leak was under control shortly before 9 a.m. USC officials urged the public to stay away from the area during repairs.