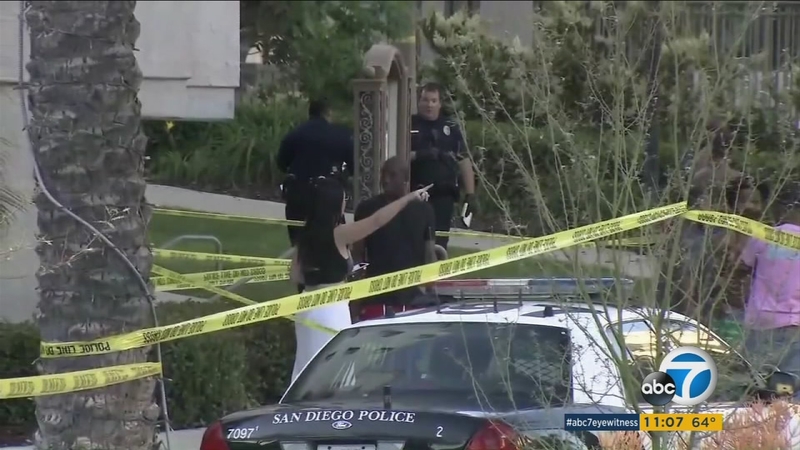 SAN DIEGO, Calif. (KABC) -- Eight people were injured, one fatally, and a suspect was killed at an apartment complex in San Diego Sunday night, officials said.

The gunman apparently opened fire at a birthday party in the pool area of a complex in the University City area of San Diego around 6 p.m. Officers spotted the gunman still armed at the scene and engaged with him.

Police are investigating the motive for the shooting.

The victims were initially all described as seriously wounded and transported to local hospitals. One female victim later died, Zimmerman said.

The gunman was identified as Peter Selis, 49, a resident of the complex.

Zimmerman said it's not clear if the shooting was racially motivated or if the suspect knew any of the victims.

This was a truly horrific and disturbing act. We pray for the victims and thank our 1st responders. Our city rejects this senseless violence