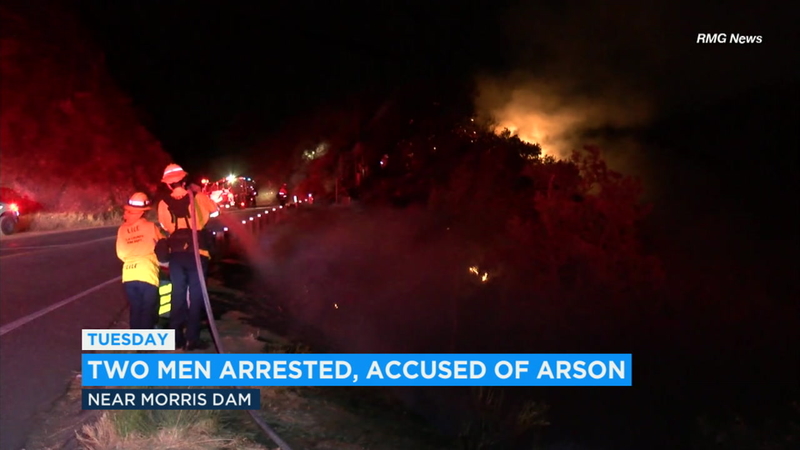 2 arrested in connection with small brush fire near Morris Dam

AZUSA, Calif. (KABC) -- Two men are under arrest in connection with starting a brush fire near the Morris Dam earlier this week.

Suspects Christopher Ortega, 20, and Santino Gnaulati, 21, were arrested Tuesday and set to be arraigned Thursday.

The Morris Fire, which burned about a quarter acre, was reported shortly before 3 a.m. near the dam off San Gabriel Canyon Road, north of Glendora. It was quickly contained, and no injuries were reported.

Firefighters successfully squashed a small brush fire near Morris Dam in the Angeles National Forest before it could spread early Tuesday morning.

According to U.S. Forest Service officials, a bystander who reported the fire witnessed two men in a turnout near Morris Dam and took note of the vehicle description. With the help of Azusa police and Los Angeles County sheriff's officials, the vehicle was found and the two suspects were taken into custody.