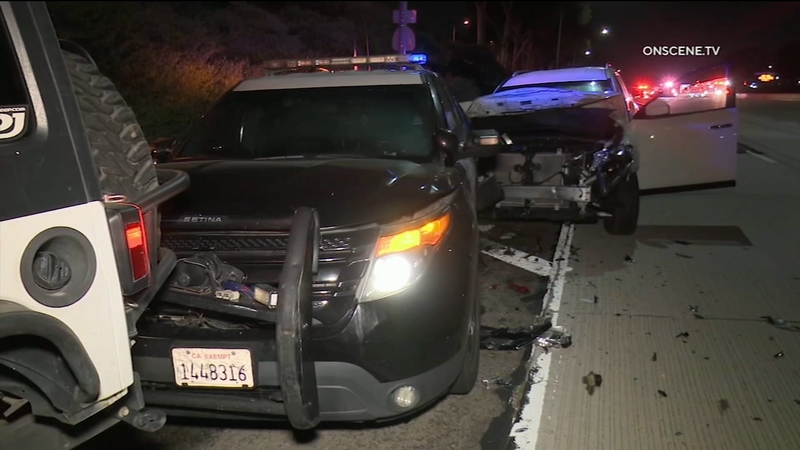 COSTA MESA, Calif. (KABC) -- A series of crashes on the 55 Freeway in Costa Mesa early Sunday morning, one of which involved a California Highway Patrol cruiser, resulted in the arrest of two drivers and multiple injuries.

The incident happened around 3:30 a.m. on the southbound side of the freeway near Victoria Street after authorities responded to a call of a wrong-way driver, according to the CHP.

Officers were on the scene when a separate driver ran into cars in traffic on the highway and then rammed into the back of the patrol car.