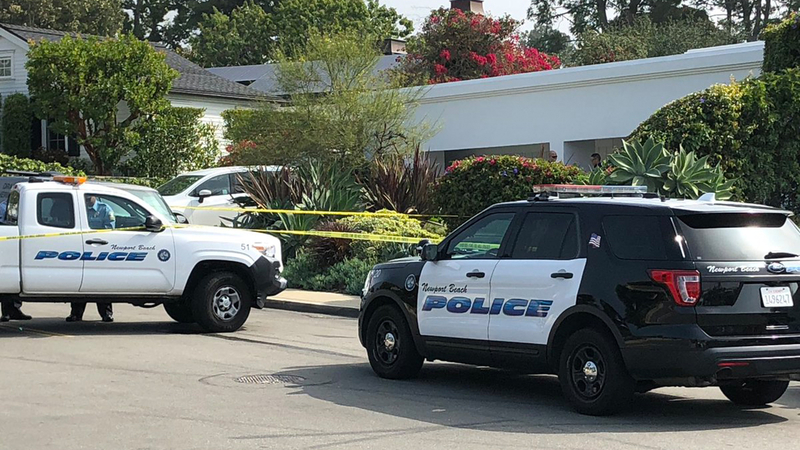 CORONA DEL MAR, Calif. (KABC) -- The discovery of two bodies Tuesday morning at a home in Corona del Mar was being investigated as a possible murder-suicide, authorities said.

Officers found the unidentified individuals -- a man and a woman -- deceased shortly before 8 a.m. after being called to perform a welfare check in the 700 block of Malabar Drive, a spokesperson for the Newport Beach Police Department said.

The motive and causes of death were not immediately known.

Police vehicles and yellow crime tape were seen outside the cordoned-off residence Tuesday afternoon as an investigation continued at the scene.

A neighbor told Eyewitness News a couple in their 60s rent the home where the bodies were found, but it is not known if they are the same man and woman officers discovered.

Neighbors said they did not hear a disturbance the night before or in the morning.

"It's a big shock throughout the neighborhood, and again, we don't know how, why, anything," said Randy Siegel, who lives in the neighborhood. "But in light of, what probably happened, I'm sure a lot of people are going to be kind of curious as to why."

.@NewportBeachPD investigating a possible murder-suicide at this home on the 700 block of Malabar Drive. @ABC7 pic.twitter.com/VgJGpfXUVf