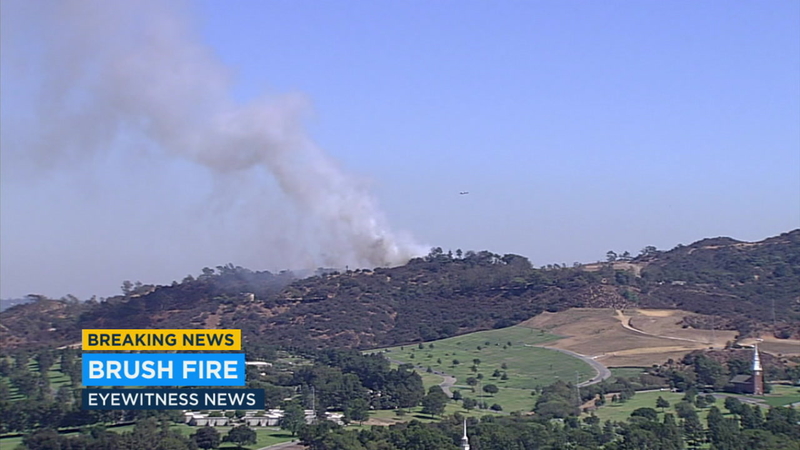 GRIFFITH PARK, LOS ANGELES (KABC) -- A small brush fire erupted in Griffith Park that was quickly knocked down, but a second blaze erupted in the area a few hours later.

The first one-acre blaze broke out around 1:30 p.m. northeast of the Toyon helispot, fire officials said. The smoke was visible from the 5 and 134 freeways.

Firefighters said the fire burned through medium to heavy fuel. The cause of the blaze was not immediately known.

The blaze was extinguished around 1:40 p.m. after firefighters were able to surround the flames using a coordinated ground and air attack.

A second small brush fire was quickly put out by firefighters in Griffith Park.

The second blaze started around 4:50 p.m. in the 5400 block of West Los Feliz Boulevard. The one-acre fire was burning in heavy brush, but fire officials said there was no wind.