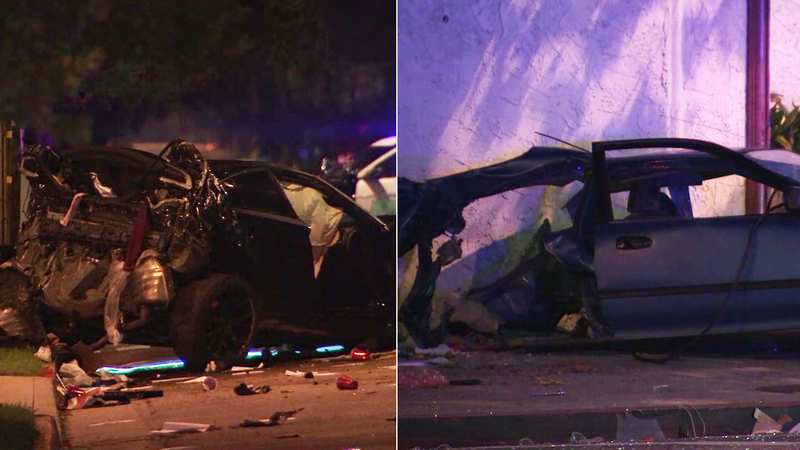 At least two cars were involved, and both vehicles appeared mangled from the wreck.

It's not clear what caused the crash or if anyone was seriously hurt.