At least 2 dead, 3 injured after pickup truck crashes into tree in Simi Valley 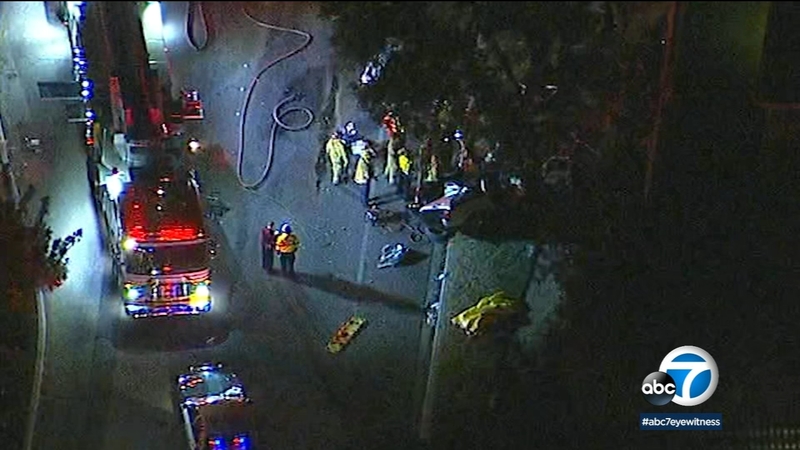 SIMI VALLEY, Calif. (KABC) -- At least two people are dead and three are injured after a pickup truck crashed into a tree in Simi Valley Thursday night, police said.

The crash occurred near the intersection of Los Angeles and Emory Avenues some time after 9:30 p.m., Simi Valley police said.

At least two people were killed and three others were in critical condition after being extricated after the high-speed collision. The identities of the victims was not immediately known.

It was not known what caused the crash.

No other vehicle was involved.