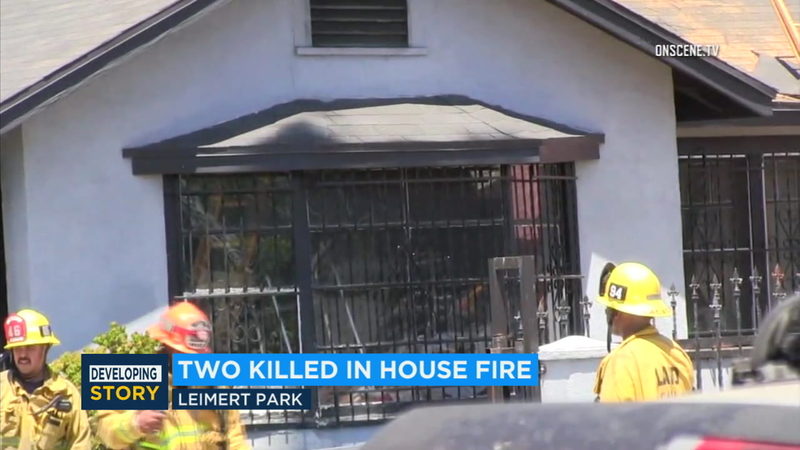 LEIMERT PARK, LOS ANGELES (KABC) -- Two members of a family were killed in a fire that destroyed a Leimert Park home on Sunday.

Fifty firefighters had the flames out within 22 minutes. But they were unable to save all the people who were inside at the time of the fire.

Six members of the same family were home at the time of the fire. An 8-year-old boy and a 67-year-old woman were not able to get out in time and were declared dead at the scene.

Four other family members were saved. Two women, ages 83 and 42, were treated at a local hospital in fair condition. Two kids, a 13-year-old boy and 11 year-old girl were unharmed.