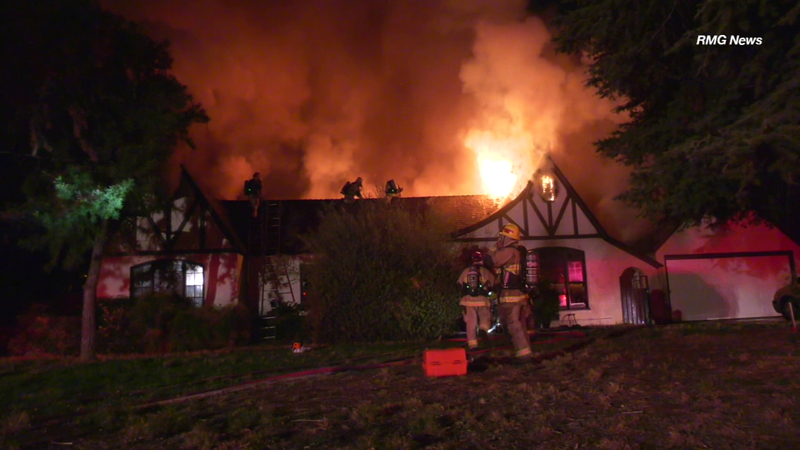 2 men killed as fire rips through home in San Bernardino

Authorities with the San Bernardino County Fire Department said firefighters responded to a two-alarm fire at the 3000 block of N. Arrowhead Avenue at approximately 2:15 a.m.

Two people were inside the home, where one was pronounced dead.

Firefighters rescued a second man from a bedroom while contending with a partial structural collapse when an air conditioning unit fell through the roof. That person died after being transported to a hospital.

Authorities said the victims were located in separate bedrooms and they appeared to be the only occupants of the home.

Neither was immediately identified by authorities, though neighbors identified the two as a father and his adult son.

Marci Padilla, who lives two doors away on North Arrowhead Avenue, said the two men had lived in the house for more than 20 years and mostly kept to themselves.

"It was just the father, the son, and the only time we ever saw them was when the son was mowing the lawn or they were leaving," Padilla said.

The fire was knocked down in about an hour and investigators said significant damage was done to the Victorian-style home.