The removal of Housing Secretary Fernando Gil and Department of Family Secretary Glorimar Andújar came a day after the governor fired the director of Puerto Rico's emergency management agency. Vázquez fired him hours after a video posted to Facebook shows a warehouse in Ponce filled with thousands of cases of water and other much-needed supplies that are believed to have dated back to the hurricane that struck the island in 2017, ABC News has learned.

"In the last days there have been actions by members of the government that are not acceptable"... I will not permit this type of conduct in my government," Vazquez said.

The governor says that she would refer any findings from the investigation to the relevant authorities for prosecution.

"There are thousands of people who have made sacrifices to bring help to the south, and it is unforgivable that resources have been kept in a warehouse," she said.

Vázquez said she decided on the additional firings after meeting with leaders of her administration Sunday morning and officials were unable to provide information she requested about other collection and distribution centers.

"They weren't able to personally tell me specifically where these centers were located, what they contained and whether an inventory was completed," she said.

Vázquez did not elaborate on why Gil and Andújar were singled out, saying only that she had lost confidence in them.

Anger erupted in Puerto Rico on Saturday after an online blogger posted a live video of the warehouse in the southern coastal city of Ponce filled with water bottles, cots, baby food and other basic supplies that had apparently been sitting there since Hurricane Maria battered the U.S. territory in September 2017.

"The citizen who entered today to share the images on social networks, violated the security perimeter, which represented a risk for him. For this reason, our colleagues instructed him to leave the area," the statement read.

Hurricane Maria devastated Puerto Rico and caused thousands of deaths. Critics said it caught the local and federal governments with limited supplies on an island with poorly maintained infrastructure and led to a delayed response stemming from a lack of communication and organization.

Vázquez noted that the scandal could damage the credibility her government has worked to gain with the federal government.

The aftermath of the recent 6.4 earthquakes also revealed the island would not be prepared if another hurricane hit the storm-vulnerable region. 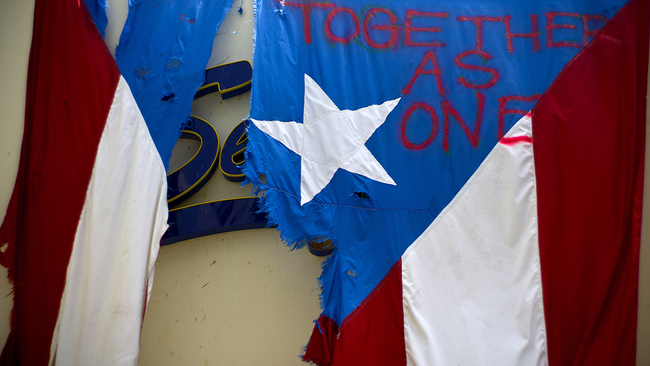 Puerto Rico getting $13B in aid 3 years after Hurricane Maria 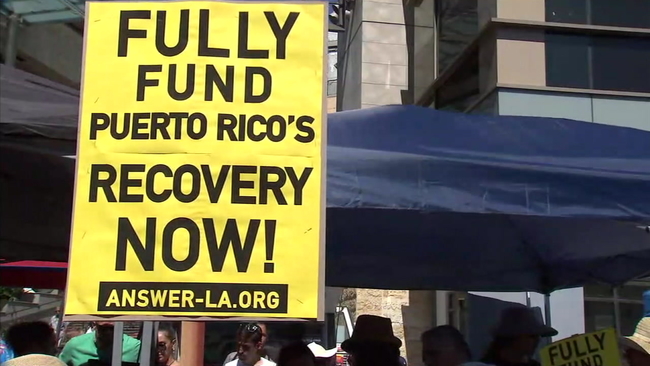