The boy said the girl who was holding the gun "didn't mean to" shoot the 15-year-old girl who was injured.
EMBED More News Videos

Jory Rand reports the latest developments from a shooting at Sal Castro Middle School in the Westlake district on Thursday.

Doctors said the two teens who were shot at Sal Castro Middle School -- including the boy who was shot in the head -- are expected to make full recoveries.

Police officers swarmed the campus after the shooting was reported shortly before 9 a.m. Sal Castro Middle School is located on the campus of Belmont High School, Los Angeles School Police said. Approximately 50 LAFD firefighters and seven ambulances responded to the incident.
"As a parent, this is everyone's worst-case nightmare," LAPD Deputy Chief Bobby Arcos said at a news conference at the scene, adding that the response by police officers and firefighters was "extraordinary."

Shaken students and parents reacted to a shooting on the campus of Sal Castro Middle School in Westlake on Thursday, Feb. 1, 2018.

A hotline has been set up for Sal Castro Middle School parents: (213) 241-1000. Anyone with information about the shooting is asked to call LAPD Rampart Division detectives at (213) 484-3660.
EMBED More News Videos

A 12-year-old girl, described by investigators as a person of interest, was being questioned by police after a shooting at Sal Castro Middle School in Westlake on Thursday, Feb. 1, 2018. 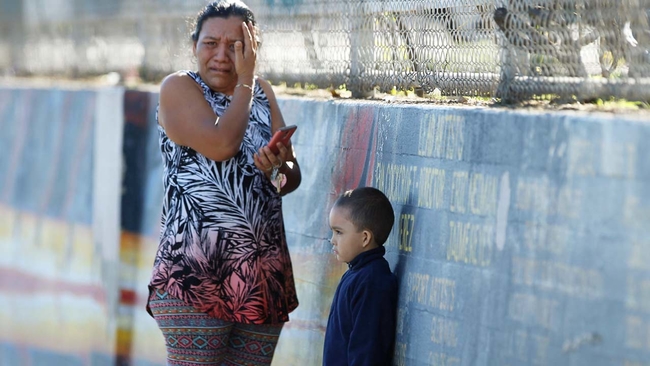 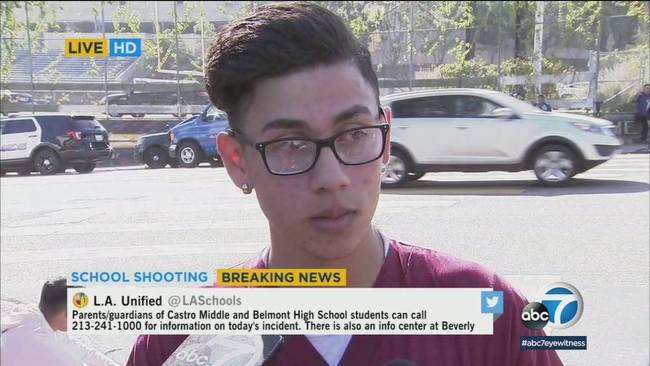 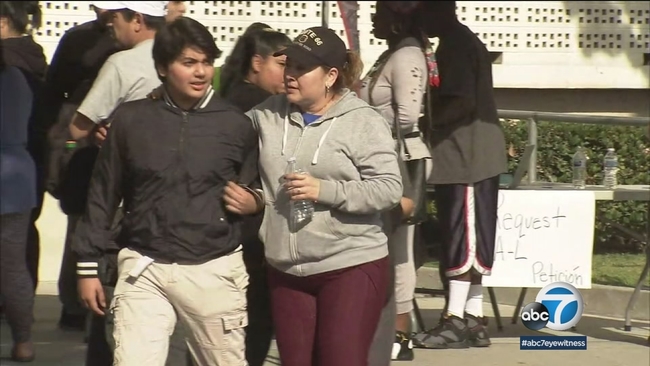