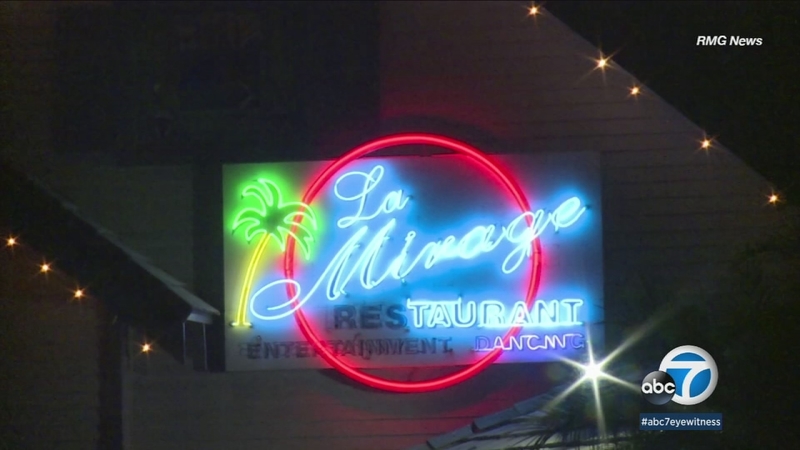 ARTESIA, Calif. (KABC) -- Two women were shot and wounded at a nightclub in Artesia early Saturday, and authorities are on the hunt for the gunman who fired several shots.

The shooting occurred shortly after 12:30 a.m. at the La Mirage Night Club in the 17100 block of Pioneer Boulevard, according to the Los Angeles County Sheriff's Department.

Officials said a group of men were asked to leave the club. When they got into their vehicle, one man fired five to six shots at the front entrance.

Two women were struck in the legs and transported to a nearby hospital. Their injuries were not considered life-threatening.

Investigators didn't have immediate information on a motive or a description of the shooter but believe the suspects fled in a white Dodge Ram truck.
Report a correction or typo
Related topics:
artesialos angeles countywoman shotnightclubgun violenceshooting
Copyright © 2021 KABC-TV. All Rights Reserved.
More Videos
From CNN Newsource affiliates
TOP STORIES