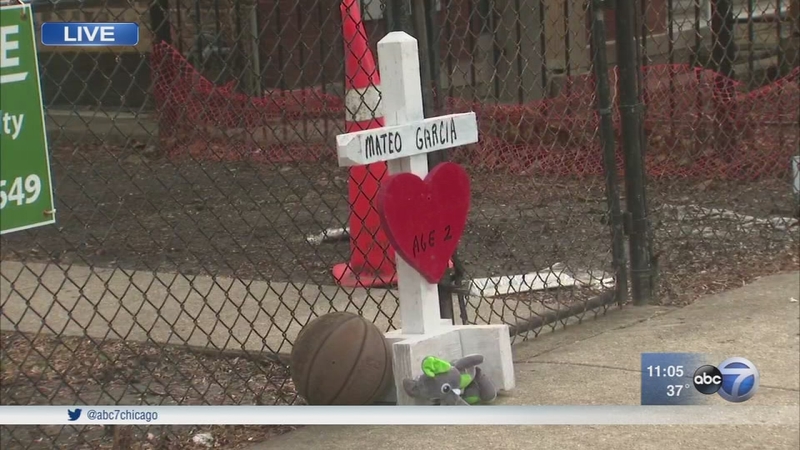 CHICAGO -- Chicago police said a person of interest is in custody in the brutal murder of a 2-year-old boy.

Police said the toddler suffered severe trauma from laceration and fatal stab wounds and that his body was stuffed in a bag.

Thursday morning, a small cross bearing his name with a basketball next to it had been set up outside the boy's apartment building.

The boy, identified to the Cook County Medical Examiner's Office as Mateo Garcia Aguayo, was found unresponsive in a third-floor apartment in the 2700-block of South Avers in the Little Village neighborhood Wednesday. 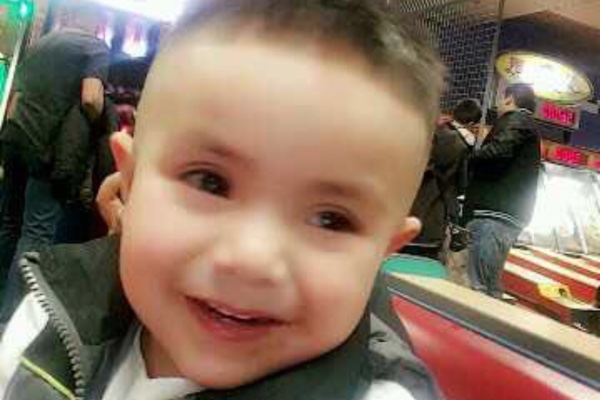 Family members grieved Wednesday afternoon as police went in and out of the building during the investigation.

One man said he saw a person, possibly a relative, running around looking for some kind of help. The man could barely talk and was shaking, asking to call the police to help look for a man who ran away.

"He told me that he couldn't talk and that he was shaking a lot so he wanted to see if we could call the police or something," said Rafael Abrego, a community activist.

"I have kids of my own and I mean it's heartbreaking to hear something like that to a 2 year old," said neighbor Jairo Cholico. "Heartbreaking, just to know it happened on your block."

"It's very devastating. Very sad for anybody, any age to be murdered of anything. So I'm just devastated," said Quenshoda Howard, neighbor.

Wednesday night, more than 50 miles from Chicago, a person of interest was arrested in Kankakee County following a traffic stop by state police and the FBI. It is unclear what the relationship of that person is to the child.
Report a correction or typo
Related topics:
homicide investigationtoddlerchild killedu.s. & world
Copyright © 2021 WLS-TV. All Rights Reserved.
RELATED
2-year-old boy murdered in Little Village ID'd, person of interest in custody
TOP STORIES
Woman safe after video of possible abduction in Bell Gardens
Heat advisories issued for most of SoCal on first day of fall
California struggles to conserve water amid historic drought
FDA expected to authorize limited wider use of Pfizer booster
Who is running for mayor of LA? Here are the top contenders
Anti-Black bias events most prevalent in 2020: CA attorney general
Search set to resume for Brian Laundrie in Gabby Petito case
Show More
Willie Garson, known for 'Sex and the City,' dies at 57
Mega Millions ticket worth $432 million sold in New York
Officials: Many Haitian migrants are being released in US
Paychecks delayed for hundreds of Santa Ana school district employees
Amazon, Chobani and others vow to hire Afghan refugees
More TOP STORIES News