KABC
By Marc Cota-Robles
HAWTHORNE, Calif. (KABC) -- Liam Kowal would have turned 2 years old on May 25. Instead, his parents are planning a celebration of his life on June 25 in downtown Los Angeles in what's expected to become an annual family day fundraiser.

The Hawthorne boy was taken off life-support in September, days after being struck by an alleged DUI driver in a marked crosswalk just one block from his family's home on Hawthorne Boulevard.

"My sister went to the crosswalk, she pressed the button so the pedestrian lights with flash... This woman's SUV hit them at about 35 to 40 mph," said Liam's mother Mishel Eder.

"It's a pain that's always going to be with us," Kowal said. "It goes in waves, some days are harder than others."

Kowal is now raising awareness about his boy's death and drunk driving issues with his 100 kick challenge; he's doing it every day for one year. Today marks day No. 241 of Kowal's challenge that has been met by community members and even police departments.

"Every day I'm challenging three people, every day I give a fact about Liam for the people who didn't have a chance to meet Liam," Kowal explained.

While Kowal and his wife Mishel work daily to keep Liam's memory alive, the couple has announced they're pregnant again. Kowal said it's a boy and he's due on July 29.

"We've made a decision to be happy again," Kowal said. 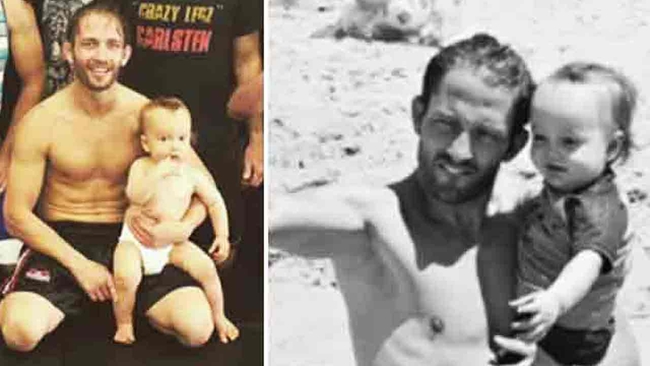