Pasadena to increase security in Tournament of Roses Parade 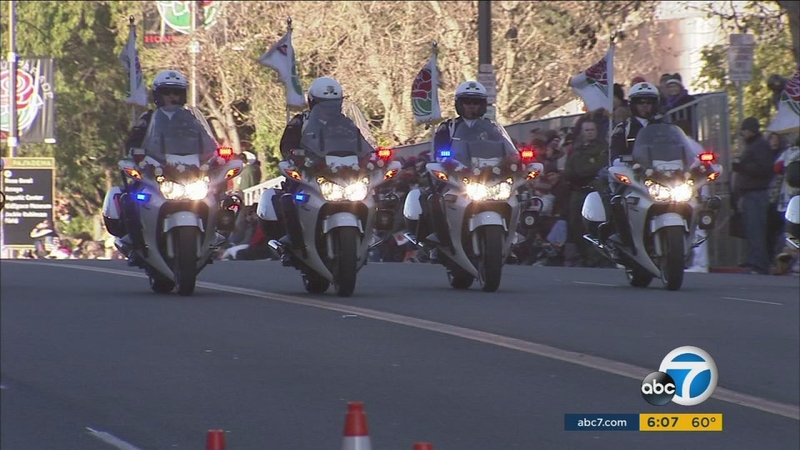 Pasadena to increase security in Tournament of Roses Parade

PASADENA, Calif. (KABC) -- The recent attacks in San Bernardino and Paris have local officials on high alert in Pasadena, and they're making plans to ensure the annual Tournament of Roses Parade doesn't become a target.

The signs were already up, warning you to be prepared to have your vehicle searched if you park on side streets near the rose parade route.

The signs are all part of the stepped-up security measures police are taking for this year's parade in the wake of the terrorist attacks in Paris and San Bernardino.

"We maintain contact with the join terrorism task force, the department of homeland security and the FBI continually, and we're even doing more so on a daily basis, more so now," said Tracey Ibarra of Pasadena Police.

Police said there will be more uniformed and undercover officers moving through the tens of thousands of people along the parade route and at the Rose Bowl game.

"There will be several more law enforcement representatives from all those entities - local, state and federal - but also, what will be very evident, is the large contingency of explosive detectives, K-9 units that will be out there," Ibarra added.

Some residents said an increase in security is great, but they hope the police presence does not scare families away.

Meantime, police said while they are doing their part to keep everyone safe, they need the public's help as well.