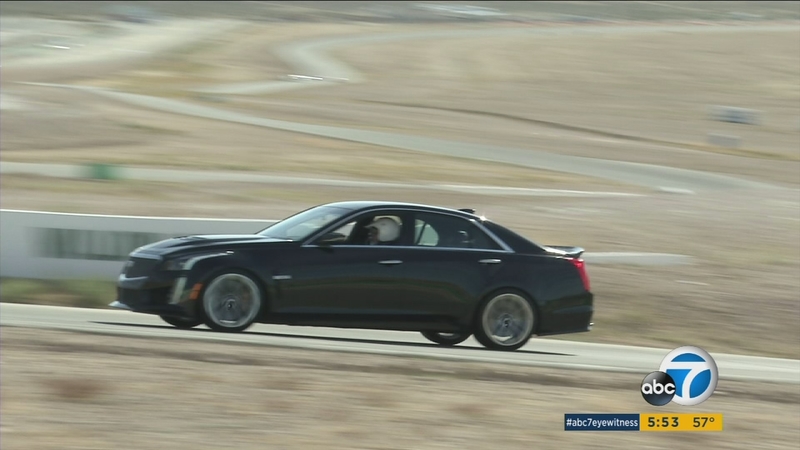 For decades, comfortable cruising was what large, soft Cadillacs were all about, but in recent years, General Motors' luxury division has started building athletic models with a performance edge.

Their current high-powered flagship is the 2016 CTS-V sedan. Beneath the hood is a supercharged V8 churning out 640 horsepower. The engine is a version of the one used in another GM performance vehicle, the mighty Corvette Z06.

The CTS-V's chassis and brakes are performance-spec as well to handle the power. And to further the car's performance credentials, an electronic driving mode selector includes a setting called Track Mode. Yes, in a Cadillac.

The CTS-V is indeed perfectly happy romping around a high-speed track like Southern California's Willow Springs Raceway, which is about the only place you're really going to be able to use all of its performance.

While the CTS-V is a true performer, it's not inexpensive at a base price of nearly $85,000. For smaller budgets, Cadillac is also offering the ATS-V for the first time, in both sedan and coupe forms.

The "V" version of Caddy's smallest model is also packing a big punch. Two turbochargers helping its V6 engine make 464 horsepower. And of course, there's a stouter chassis and more robust brakes to round out the package. The base price for the ATS-V sedan is just over $60,000.

There was a time when anything performance-oriented from General Motors would have had lots of exterior trim pieces and stripes, but not these Cadillacs. Their look was purposely kept subtle to be taken seriously in the competitive arena of high-performance cars built primarily in Europe. In particular, the M models from BMW.

The ATS-V throws its price and performance against the BMW M3, the long-time benchmark of small performance sedans.

The BMW M5 was Cadillac's target for the CTS-V, since the regular CTS model is meant to compete with the regular BMW 5-series. On paper, the Cadillac bests the BMW in both horsepower and price. Driving feel is more subjective, obviously.

Do GM's hot luxury cars succeed in going after the best from Europe? Early comparison tests by enthusiast publications have been favorable to the Cadillac in many ways. The contest in showrooms will be another matter, and so will the "halo factor" over other Cadillac models.