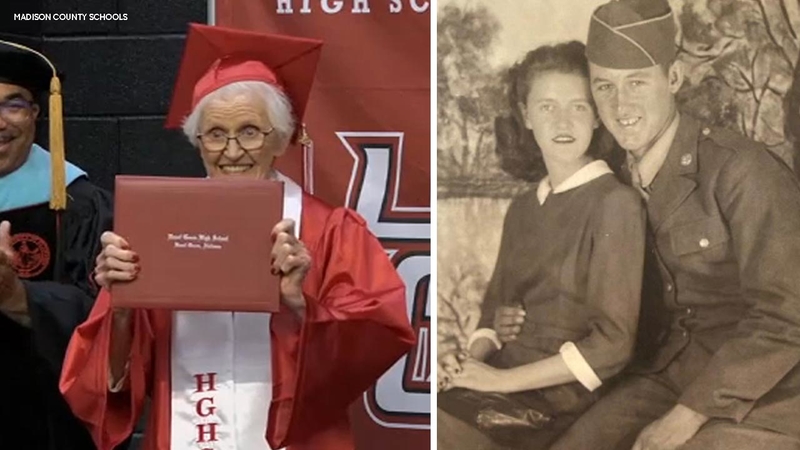 ALABAMA -- A proud senior citizen was among a group of graduating seniors at an Alabama high school ceremony.

Grace Lee McClure Smith took part in the pomp and circumstance with her 302 fellow grads.

However, that's where the similarity ends.

While her classmates are in their teens, Smith is 94.

She dropped out of school in 1942 when she was 16, so her husband could go fight in World War II.

Smith worked as a school bus driver for 30 years and still recognizes many of the former students she drove to school.