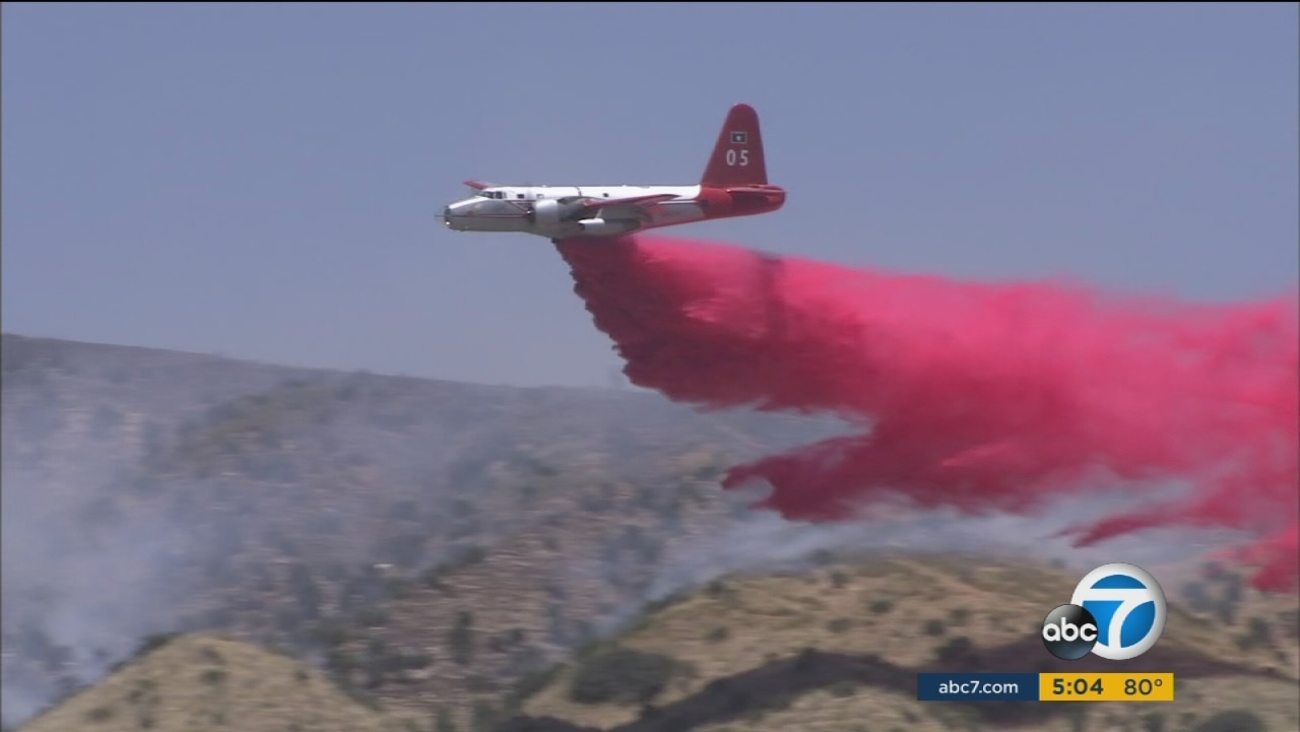 An airplane drops fire retardant on a brush fire in Banning on Thursday, June 15, 2017. (KABC)

The blaze was first reported around 11:30 a.m. in the 11000 block of Mias Canyon Road, the Riverside County Fire Department said.

The first arriving crews initially reported that the fire had burned around 5-10 acres. The afternoon heat and a bumper crop of grass helped fuel the flames.

"The grasses that we have are called 1-hour fuels, meaning that if they were dumped in a bucket of water within an hour in the middle of the sun in the heat, it'll be back down to completely dry. That makes the fire move quicker, but also it's hard on the firefighters," Cal Fire Capt. Lucas Spelman said.

#CanyonFire [update] north of I-10 and west of N. San Gorgonio Ave. in Banning (Riverside County) is now 50 acres. pic.twitter.com/XrSj2SyjVs

The fire was not threatening any structures, and no evacuations were ordered, firefighters said.

Conditions in the area were hot Thursday, with the temperature reaching 91 degrees. By the weekend, many areas of the Inland Empire can expect to see triple-digit temperatures.