The trip has come under some criticism with posters popping up in a Hancock Park neighborhood featuring the president's face under a headline reading "SCANDALS." A line on the bottom says "DON'T BE AN" then has a hashtag and an expletive.

The artwork is also plastered across bus benches. It appears to be the work of a street artist making a statement about political scandals involving the White House.

President Obama attended a fundraiser in the area at the home of Shonda Rhimes, creator and executive producer of the hit show, "Scandal," about a woman who heads a Washington public relations firm that manages scandals. Wednesday's fundraiser cost $32,400 per guest to attend. 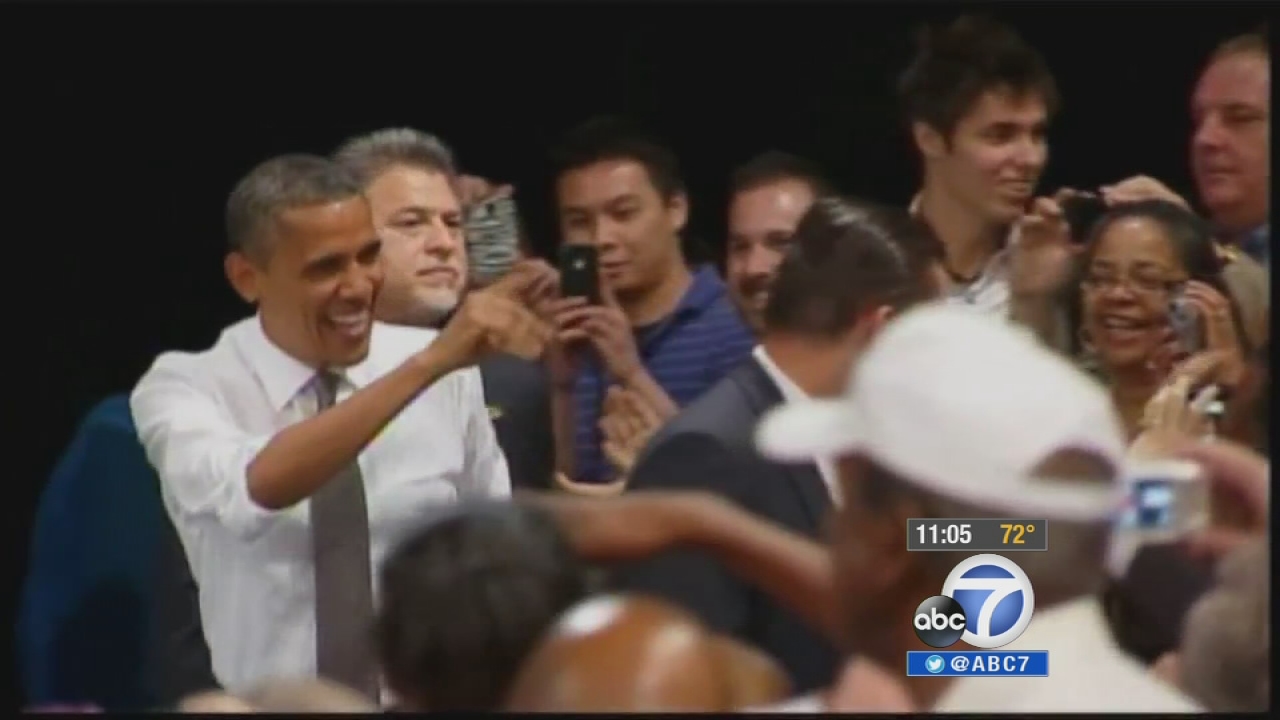 Obama attends fundraisers in LA
President Barack Obama is expected to attend a handful of fundraisers during his trip to Los Angeles on Wednesday and Thursday.
The president has made numerous trips to Southern California to attend fundraisers, several of the gatherings hosted by celebrities. This week, three days are dedicated to fundraising.

On Thursday, the president will attend a fundraiser at the home of Live Nation's Michael Rapino at 9 a.m. At about 1 p.m., he is scheduled to speak at the Los Angeles Trade-Technical College.

Streets to avoid on Thursday: