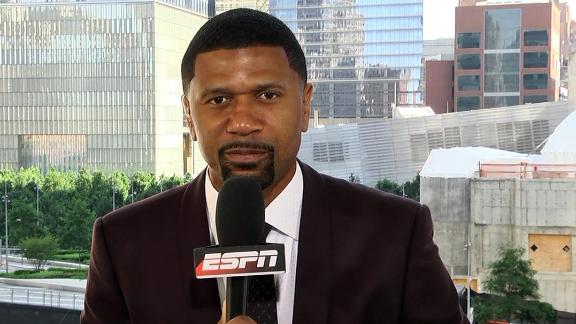 Sources say the Clippers, in an exploratory fashion, have spoken to a few teams regarding the nine-year veteran.

One of the teams contacted was the Phoenix Suns, sources told ESPN. A proposal of Jordan in exchange for veteran center Tyson Chandler and the Suns' No. 4 pick in the 2017 NBA draft was discussed, sources said.

The Suns, however, are believed to have balked at the overture.

The Clippers, desperate for youth and athleticism, averaged as the oldest team in the league last season and are without a pick in the upcoming draft. The team, a source said, is expected to be aggressive in attempting to buy a second-round pick.

The Clippers were surveying the landscape on Jordan prior to the arrival of newly signed consultant Jerry West, but rival teams are of the belief that the big man still could be acquired should the appropriate package present itself.

Jordan, 28, has two years and $46 million remaining on his contract. The final year is a player option.