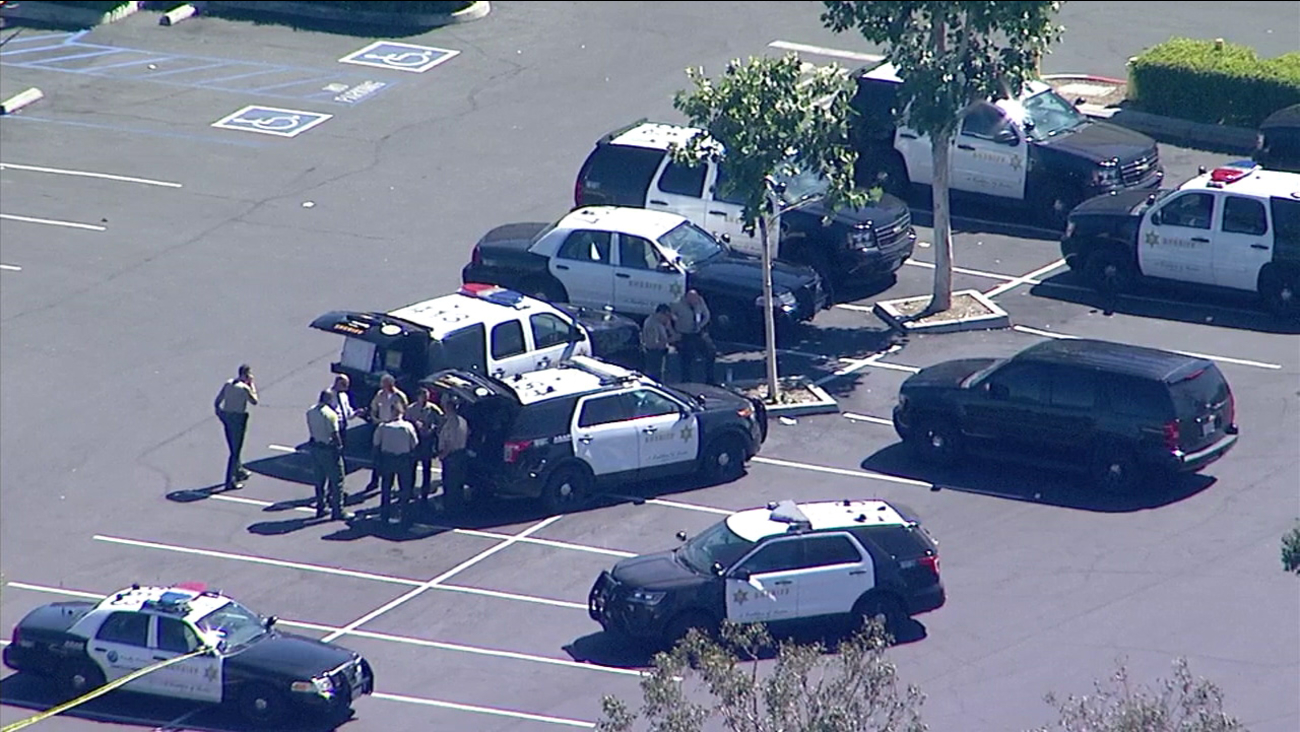 Sheriff's deputies are seen in the parking lot of a Stevenson Ranch shopping center during a standoff with an assault suspect on Tuesday, June 27, 2017. (KABC)

STEVENSON RANCH, Calif. (KABC) -- Sheriff's deputies said they've reached a peaceful resolution to a standoff with a man suspected of assault with a deadly weapon after he barricaded himself in an abandoned building Tuesday morning at a Stevenson Ranch shopping center, authorities said.

The unidentified man was involved in an altercation with a female who flagged down a passerby, according to a spokesperson for the Los Angeles County Sheriff's Department's Santa Clarita station. The passerby then called 911.

The suspect, who was wanted in a previous domestic assault case, fled into a former Sports Chalet building, the spokesperson said. Deputies spotted him after he made his way onto roof and into the rafters.

According to authorities, the man appeared to be under the influence of narcotics and was swinging a 2x4. No other weapon was seen.