KABC
By ABC7.com staff
SANTA ANA, Calif. (KABC) -- An Uber driver described the terrifying moment when a small plane clipped his pickup truck as the aircraft crashed and erupted in flames.

The Orange County Fire Authority said the plane only clipped one car as it crashed. That car belongs to Blackstone Hamilton, an Uber driver who was transporting a passenger Friday morning.

VIDEO: Plane bursts into flames after crashing on 405

Hamilton said as soon as the plane clipped the rear of his car, his vehicle went out of control.

"Spun around, had a passenger in there, saw flames all around us, thought at first it was just a big rig that hit us," he said. "Essentially tried to get control of my vehicle, checked my passenger to make sure he was OK, gave each other a hug that we were still alive."

Hamilton said his biggest concern was his Uber passenger, who suffered a bruised elbow in the incident.

The twin-engine Cessna 310 crashed on the southbound side of the freeway near the MacArthur Boulevard exit at around 9:30 a.m.

The two people aboard the plane - a man and woman in their 50s and early 60s, suffered traumatic injuries and were transported to a hospital.

OFCA Capt. Larry Kurtz said an off-duty Avalon firefighter who happened to be near the scene pulled the two victims out of the plane after it crashed.

The names and conditions of the two individuals were not immediately released. 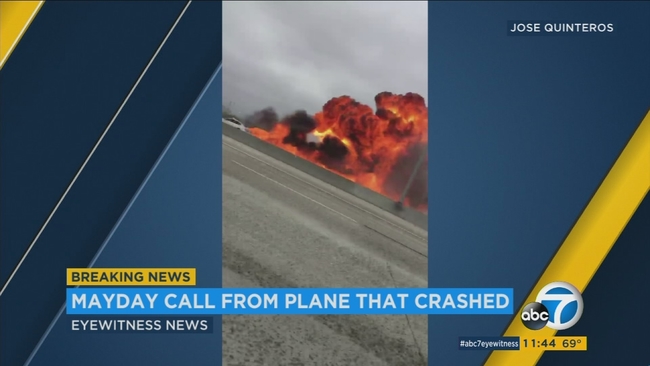 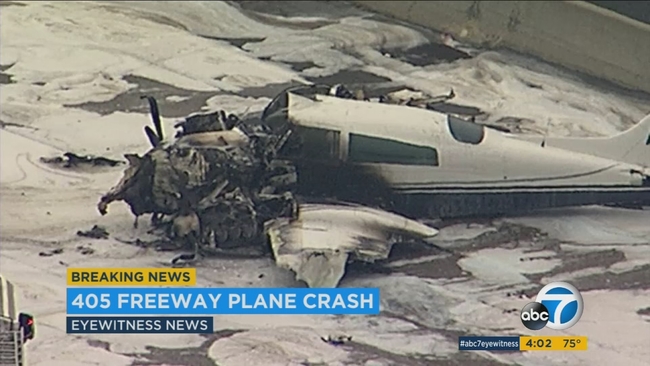 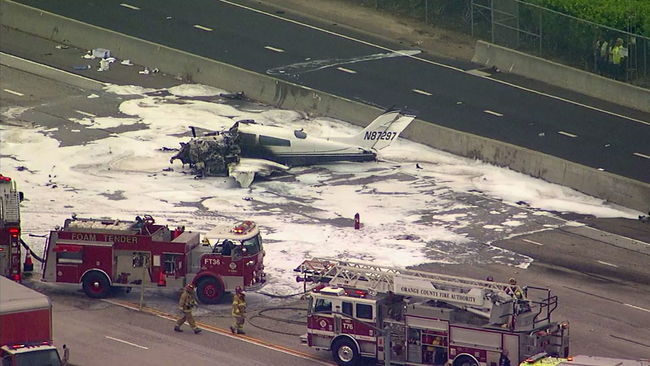