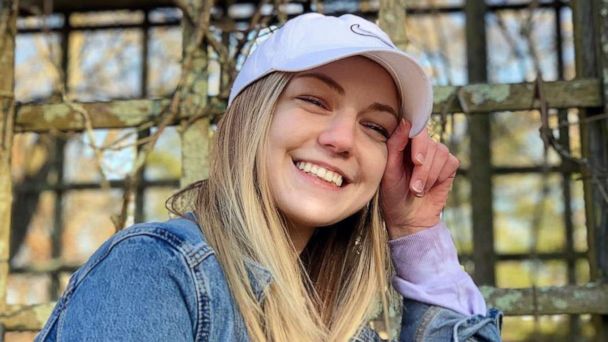 A family is desperate for answers after their 22-year-old daughter disappeared while on a cross-country road trip with her boyfriend this summer.

Florida residents Gabby Petito and her boyfriend, Brian Laundrie, embarked on the journey in July in their white Ford Transit van from New York -- where Petito is originally from, her family told ABC News.


The couple had made stops in Colorado and Utah, with Instagram posts showing them at the Mystic Hot Springs in Utah on July 26 and on a large rock structure at Arches National Park in Grand County, Utah, on Aug. 12.

Petito had planned to document the trip on her YouTube channel "Nomadic Statik." The sole video, posted on Aug. 19, featured an eight-minute compilation of the couple's adventures so far.

Petito was last seen on Aug. 24 checking out of a hotel with Laundrie in Salt Lake City, her family said. She last spoke to her mother, Nichole Schmidt, on Aug. 25, when she informed her that she and Laundrie were on their way to Grand Teton, Wyoming, and Yellowstone National Park, Schmidt told ABC News.

Schmidt said she did not think much for the first few days when she had not heard from her daughter. But after those passed, she began to worry.

"A few days is one thing when you're out camping, but when it starts to become seven, eight, nine, 10 days, that's a problem," Schmidt said.

Petito's last Instagram post on Aug. 25 showed her holding a miniature pumpkin, captioned "Happy Halloween." The post was not geotagged. Schmidt said she has received two text messages from Petito's phone since they last spoke, but they did not include any photos or details of the trip, so it is not clear whether Petito actually sent those texts.

Petito was reported missing on Sept. 11 and was last heard from during the last week of August.

Petito's family is continuing to plead for help in locating their daughter.

"We don't know where she is," her father, Joseph Petito, told ABC News.

Laundrie has since returned to the couple's home in North Port, Florida, with their van, according to authorities. Petito was reported missing by her family to the Suffolk County Police Department in New York on Saturday.

The North Port Police Department in Florida wrote in a statement on Facebook that while there is "no definitive information that a crime took place here in North Port ... the circumstances are odd." Investigators in Florida are actively gathering evidence and details "to assist in finding needed answers," the police department said. The FBI is also assisting in the investigation.


Laundrie's family said in a statement that the family hopes Petito is found but did not provide any further comment.

"Brian is refusing to tell Gabby's family where he last saw her," the Petito family said. "Brian is also refusing to explain why he left Gabby all alone and drove her van to Florida. These are critical questions that require immediate answers."