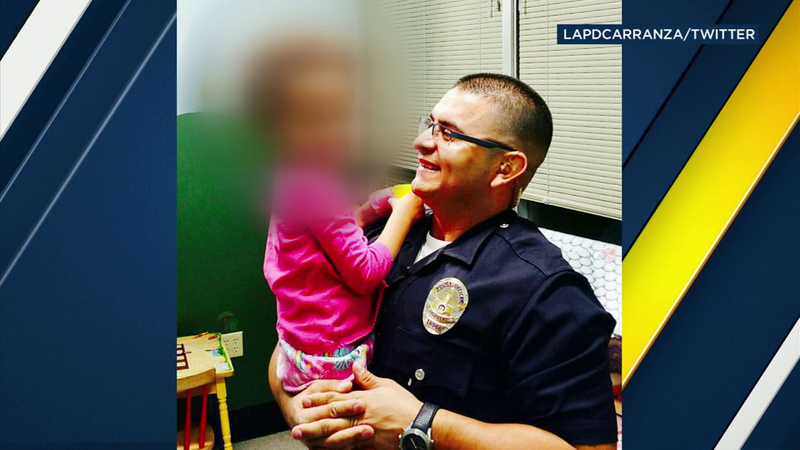 VAN NUYS, LOS ANGELES (KABC) -- The mother of a toddler found wandering the streets alone in Van Nuys overnight has been reunited with the young girl, who police say apparently walked out of her babysitter's home unnoticed.

Los Angeles police said a good Samaritan discovered the child at about 9:45 p.m. Sunday near Hazeltine Avenue and Hamlin Street and called 911.

Police took her to a nearby police station. When asked where she is from she said she was from "far away," police said, and she identified herself as 3-year-old Ariel.

Authorities spent about an hour-and-a-half driving around the area with the girl in the hope that she would recognize her house, and they showed pictures of the girl to people in businesses in the area.

Soon after, the child, who police said was in "really good spirits," was in the care of L.A. County Department of Children and Family Services.

Shortly before 6 a.m., police said a friend of the child's mother saw the girl on the news and contacted the mom. The mother was working an overnight shift and the young girl, along with two siblings, were in the care of a babysitter, police said.

The distraught woman, who police confirm is the child's mother, arrived to the station and was reunited with her daughter.

Investigators said it appears the child walked out of the babysitter's house without the babysitter's knowledge, and it was not until the worried mother called the caretaker that she found out the girl was missing, police said.

LAPD Officer Irma Mota said no crime is believed to be involved, but the case remains under investigation.