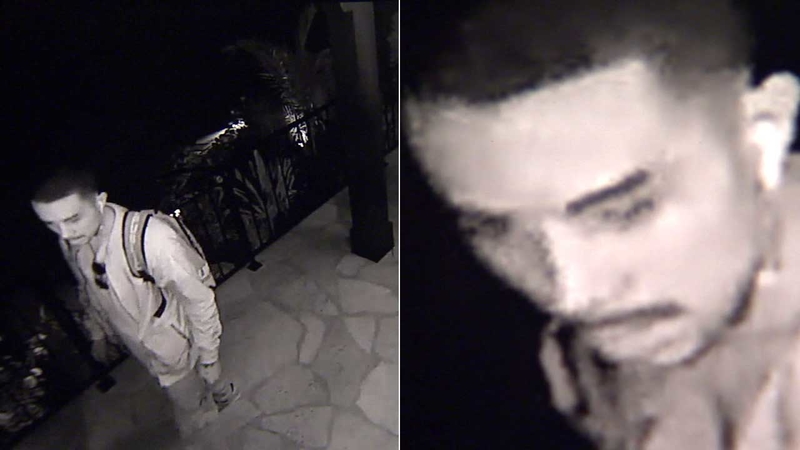 MIRACLE MILE, LOS ANGELES (KABC) -- A community in Los Angeles' Miracle Mile area is on edge after a prowler cut the power to a home as a family slept inside.

A husband, wife and their two children were sound asleep - when the couple woke up after noticing their power going out.

The husband went outside to see what was wrong but didn't encounter the prowler. It's unclear if the suspect hid during that time or had already left.

The homeowners did not know the cause of the outage until Los Angeles Department of Water and Power officials inspected the circuit box and told them that someone had deliberately cut their power.

That's when they checked the footage from their home surveillance cameras and saw the prowler.

"I was terrified one more time. We had just been burglarized two months ago during fumigation, and here it's happening again, but this time it's different. He has turned the power off to our home. We're home and he's just a few feet from my children. It's not OK," said the wife.

The surveillance video shows the suspect roaming the property for 17 minutes. Footage from surrounding neighbors' surveillance cameras also show the man scoping out some surrounding properties as well.

Authorities said the suspect accessed the home by climbing a neighbor's fence.

A lock has been placed on the circuit box following the incident. Neighbors said they will also be taking other security measures.