Man fires rifle at wife while chasing her SUV down 91 Freeway, police say 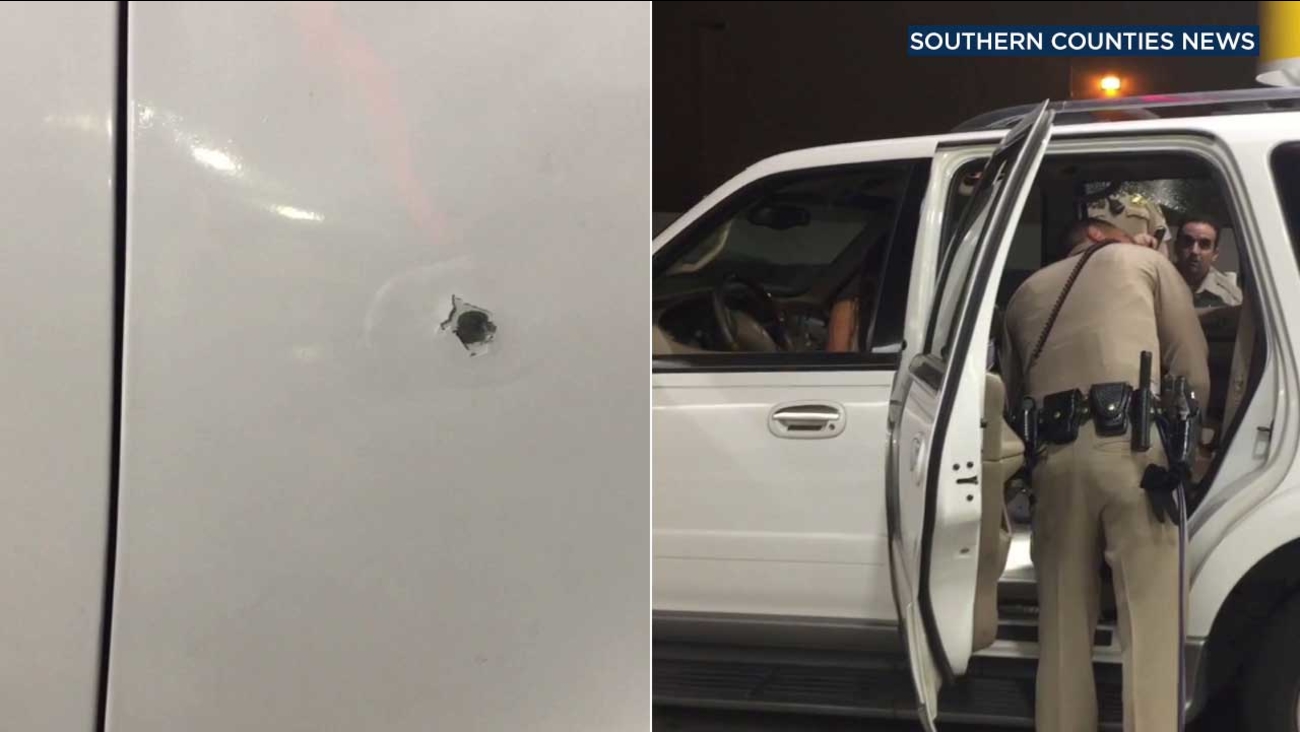 A bullet hole is seen on an SUV driven by a woman who police say was fired upon by her husband along the 91 Freeway on Friday, Sept. 1, 2017.

CORONA, Calif. (KABC) -- A man was arrested after police said he shot a rifle at his wife while chasing her SUV down the 91 Freeway.

The incident occurred Sept. 1 on the 91 Freeway just west of the 15 Freeway.

Riverside County CHP officials said a woman called 911 to report that her husband was following her and shooting at her while she was driving in her car.

The woman was not hit, but bullets did strike her SUV.

Officers tracked down the suspect near the Green River Road exit. They did find a firearm in his beige Honda Accord. He was taken into custody without incident.