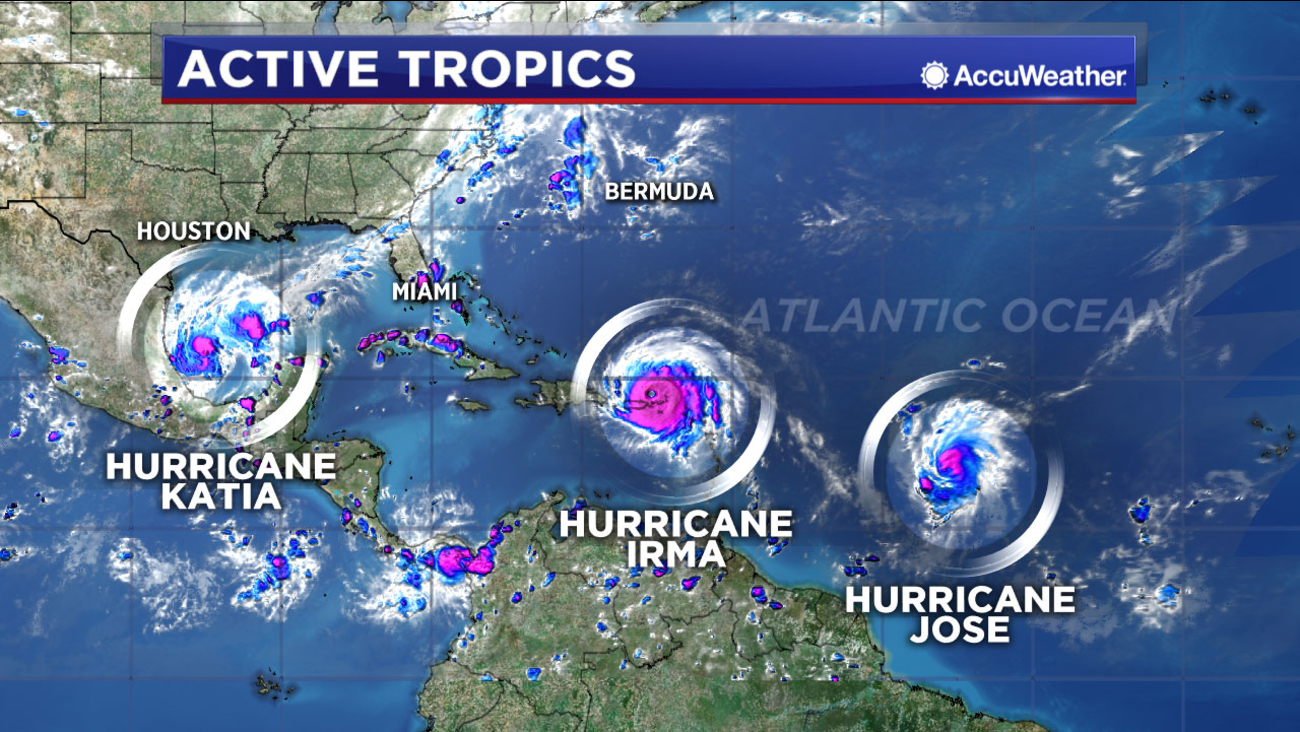 KTRK
AP
Even as Hurricane Irma threatens to leave a path of devastation from the Caribbean to Florida, two additional storms have formed in the region.

Hurricane Katia has formed in the Gulf off the coast of Mexico with sustained winds of 75 mph (120 kph). The government of Mexico has issued a hurricane watch for the coast of the state of Veracruz from Tuxpan to Laguna Verde.

Katia is anticipated to drift toward the coast on Thursday.

Here are the essentials you need for an emergency evacuation bag.

The announcement of Hurricane Katia came minutes after the U.S. National Hurricane Center said Hurricane Jose had formed in the open Atlantic, far from land and well east of Hurricane Irma.

Jose has winds of 75 mph (120 kph) and is quickly strengthening.