KABC
By Miriam Hernandez
LOS ANGELES (KABC) -- A Los Angeles Fire Department battalion chief broke down the details behind how the La Tuna Fire exploded to a massive inferno from just a small blaze.

Battalion Chief Guy Tomlinson said the cause of the blaze could have been natural or man-made. The blaze first ignited in the afternoon hours of Sept. 1 in the Sun Valley area.

The blaze swept quickly across the rugged terrain, jumping the 210 Freeway and spreading for miles.

"The wind and also the terrain took it that direction," Tomlinson explained. "We had a thunder cell come over and drop a column of air on it that helped push the fire uphill, where it naturally wants to go."

The source of the fire was somewhere near the bottom of a steep ravine along La Tuna Canyon Road.


The weather at the time sent the mercury to triple digits, but the surface temps on the exposed crags were even hotter.

"Even though it is 100 degrees air temperature, the slopes and the vegetation were probably around 120 to 180 degrees," Tomlinson said.

The fire thrived on extreme conditions on acreage that had not burned in 70 years.

Sudden showers brought unpredictable gusts that descended from the sky like an air bomb.

"The wind during the day, all the heat is rising, and at night it's taking it down canyon. This one here, the thunder cell hit and it took it in multiple directions," Tomlinson said.

And the chase was on. Firefighters said they had just completed maintenance on Hostetter Mountain Way in the Verdugo Hills.

"We were able to get our dozers up to the top right away, a water tender and fire engines to the top to help with saving some of the infrastructure that's critical," Tomlinson said.

Firefighters said they are now planning for the next hazard - mudslides. Just like in other fire-stricken areas, debris basins in the La Tuna area will be quickly filled by 7,100 acres of dead plants and rubble.

For now, many residents are glad that the total number of homes lost was confined to five - a remarkable number, according to firefighters, given that flames came within 200 feet of 1,400 homes.

Hikers told Eyewitness that there was once a homeless encampment in the area where the fire started. The cause of the blaze remains under investigation.
Report a correction or typo
Related topics:
la tuna canyonsun valleysunland tujungasan fernando valleylos angeleslos angeles countywindevacuationbrush firefirerainfirefighterslos angeles fire department
Copyright © 2020 KABC-TV. All Rights Reserved.
RELATED 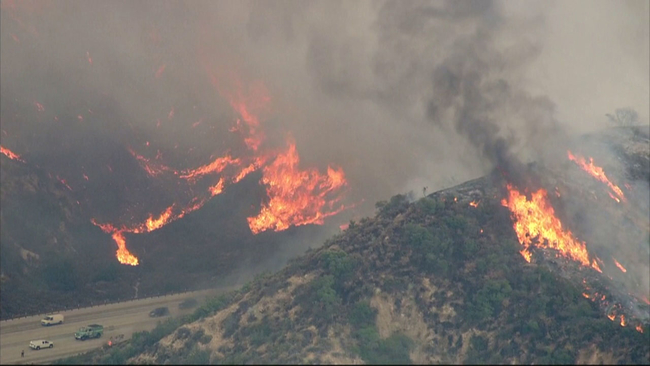 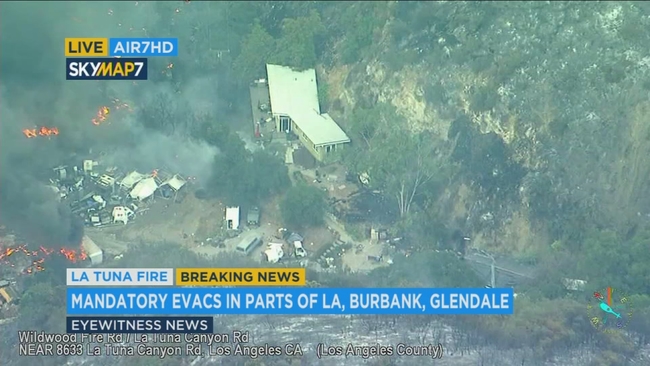 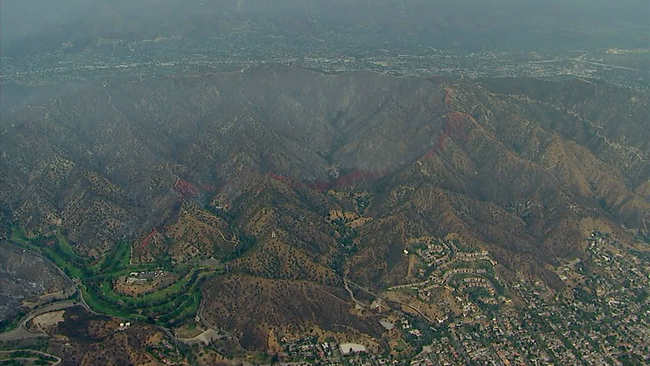