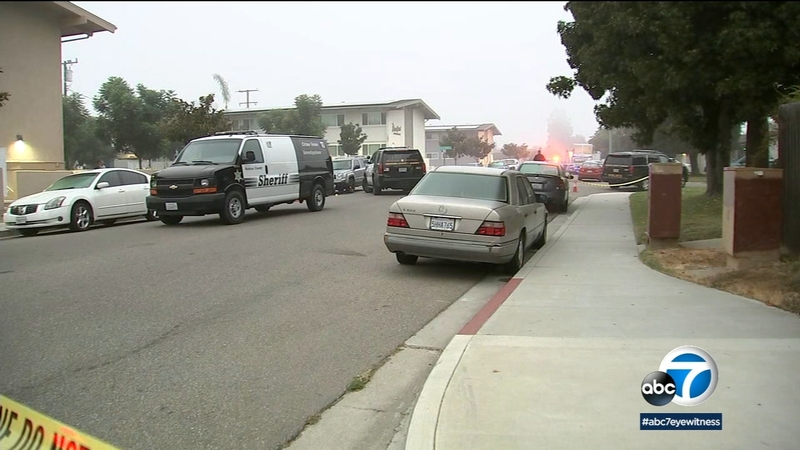 CAMARILLO, Calif. (KABC) -- A 24-year-old man was in critical condition Sunday morning after being shot by Ventura County sheriff's deputies in Camarillo.

Shortly after 1 a.m., the man called 911 and said he had a loaded gun and a knife and threatened to shoot people in the neighborhood, according to a press release from the department.

"He also said he was suicidal and wanted to provoke deputies into a shooting," the department added.

When deputies arrived in the area of Calle La Sombra and Bradford Street, the man was out in the street and deputies shot him, striking him multiple times.

Authorities say he "confronted" deputies with a handgun and a knife.

Additional details about the moments leading up the shooting were not disclosed.

During the 911 call, the dispatcher stayed on the phone with the man and attempted to de-escalate the situation and coax him into dropping the weapons. Authorities say he refused.

Detectives were canvassing the residential area where the shooting occurred as part of the investigation. Anyone who witnessed the shooting is asked to contact authorities at (805) 384-4737.
Report a correction or typo
Related topics:
camarilloventura countydeputy involved shootingman shotinvestigationventura county sheriff's department
Copyright © 2021 KABC-TV. All Rights Reserved.
More Videos
From CNN Newsource affiliates
TOP STORIES