KABC
SAN DIEGO (KABC) -- The little tiger cub confiscated from an alleged smuggler's car at the California-Mexico border last month now has a new friend to play with!

The National Zoo in Washington, D.C. had another cub that needed to be separated from its overly aggressive mother.

So keepers decided the best solution would be to fly him to the San Diego Zoo Safari Park, where the confiscated cub was being cared for.

The two took to each other immediately.

The little tiger cub confiscated from an alleged smuggler at the California-Mexico border in August has a new friend to play with.

A teenager from Perris tried to smuggle the Bengal tiger cub into the U.S. and take it home as a pet. Luis Valencia, 18, was stopped by U.S. Customs and Border Patrol agents at the Otay Mesa Port of Entry in August.

Valencia was charged with smuggling and unlawful importation of wildlife. If convicted of smuggling, he faces a maximum sentence of 20 years in prison, a fine of $250,000, or twice the gross gain or loss caused by the offense.
Report a correction or typo
Related topics:
pets & animalsperrissan diego countyriverside countymount washingtonmexicowild animalssmugglinganimal newsborder patrolu.s. & worldsan diego zoo
Copyright © 2020 KABC-TV. All Rights Reserved.
RELATED 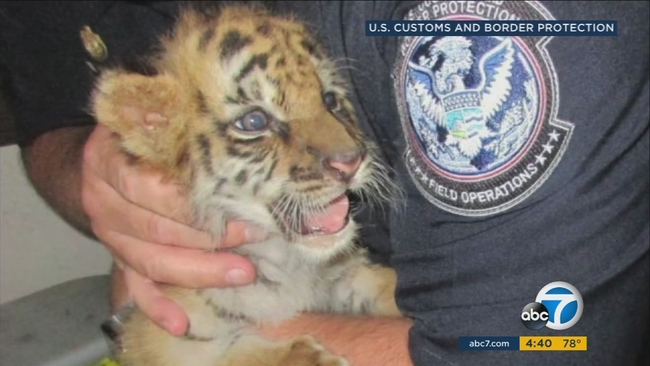 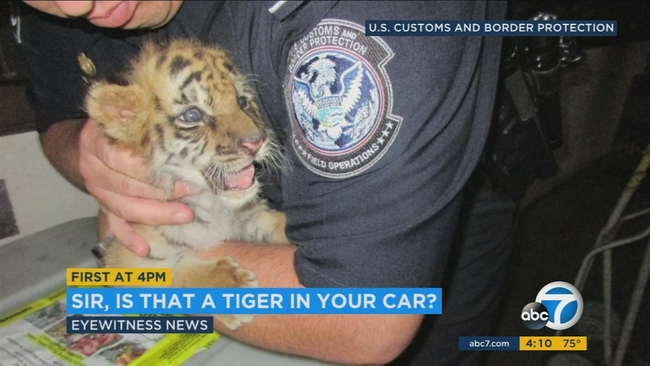