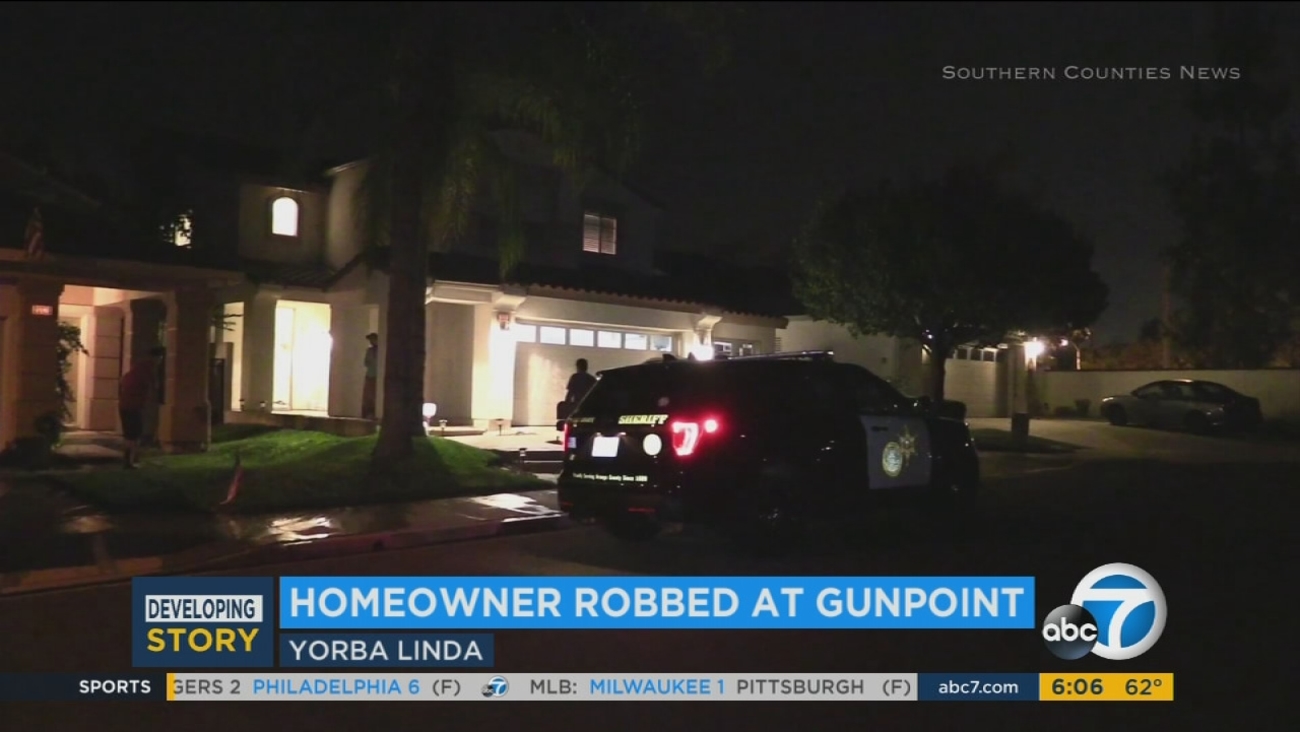 The victim was approached by four men as he returned home around 9 p.m. Tuesday on Channing Lane, officials said.

One of the robbers was armed with a gun and demanded cash from the homeowner. Unconfirmed reports say the victim was robbed of up to $25,000.

The suspects, who officials said were wearing hoods and baseball caps, fled the scene with the money and the victim's phone in what was believed to be a red four-door car.

The victim was not hurt in the crime.