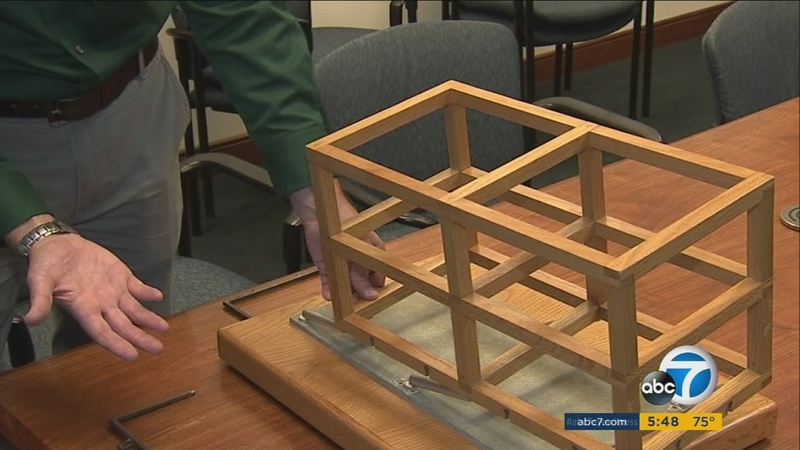 LOS ANGELES (KABC) -- After a massive earthquake struck central Mexico, horrifying images of collapsed buildings emerged and had many Los Angeles residents wondering if that could happen here. One expert said yes.

"This is a vivid reminder - these videos we're seeing - that this could happen here," said Dr. Ken Hudnut, with the U.S. Geological Survey.

A recent study said 15,000 structures in the city have been identified as vulnerable for collapse during an earthquake. The bulk of the buildings are called "soft story structures."

"A lot like many of the apartment buildings you see in and around Los Angeles, where you have parking on the ground level or maybe one level below ground," he said.

Hudnut used a model to show what could happen to the buildings during an earthquake.

"When an earthquake hits and (support beams) get sheared, the vertical beams don't have that shear resistance and then the whole thing can potentially collapse," Hudnut said.

A relatively simple retrofit - metal bracing - can fix the vulnerability.

"Now, in a future earthquake, the whole thing is incredibly rigid. It doesn't buckle and bend and drop anymore. It could save a lot of lives," Hudnut said.

The city has enacted seismic retrofit ordinances, mandating that vulnerable buildings put in the needed reinforcements. Building owners have several years to make the adjustments, but city leaders hope the work is done sooner rather than later.

"To building owners who are waiting - the time is now. Would you rather have something that is worth nothing because it's destroyed, and even worse, you lose lives? Or invest now," Mayor Eric Garcetti said.