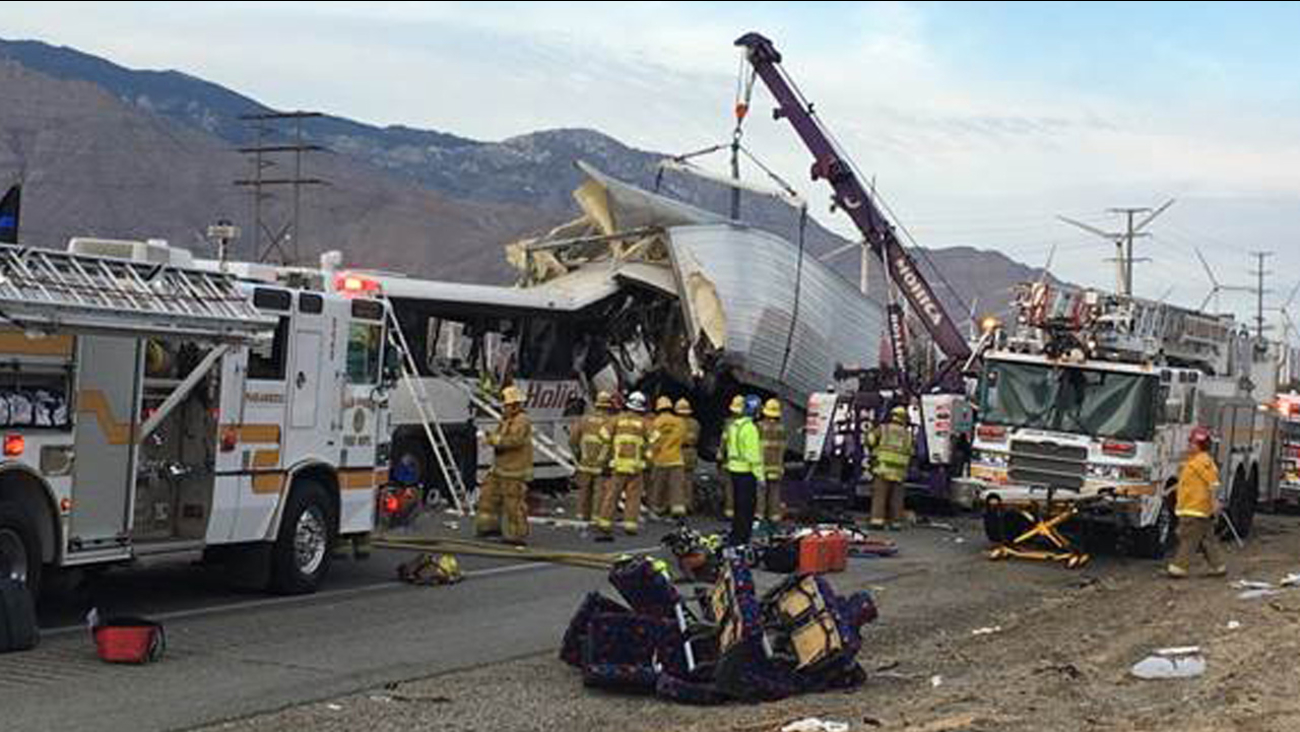 A fatal crash involving a tour bus and a semi-truck prompted a partial closure of the 10 Freeway north of Palm Springs on Sunday, Oct. 23, 2016. (Chris Tarpening/KESQ)

INDIO, Calif. (KABC) -- The driver of a big-rig who allegedly caused a passenger bus crash that killed 13 people in 2016 near Palm Springs has been arrested in Georgia.

Thirty-one other people were injured in the Oct. 23, 2016 crash on the 10 Freeway just outside of Palm Springs.

Thirteen people were killed and 31 others injured Sunday morning when a tour bus slammed into the back of a semi-truck on the 10 Freeway north of Palm Springs, a California Highway Patrol spokesman said.

Authorities said Guilford fell asleep in the westbound lane of the freeway after he stopped his truck amid a routine construction-related "traffic break" conducted by the California Highway Patrol, which halted all lanes of traffic temporarily.

A motor coach headed from Red Earth Casino in Thermal to Los Angeles crashed into the back of Guilford's stopped big-rig at 76 mph, killing 13 passengers and injuring 31.