The blaze occurred amid the search for a possible serial arsonist in nearby North Hollywood, but it was not immediately clear if the Valley Village incident was suspicious.

The Los Angeles Fire Department responded shortly before 1 p.m. to the 12700 block of Burbank Boulevard, where four vehicles were burning in the parking area under the structure's three occupied floors, the agency said.

A resident, who just moved into the condo last week, said he watched as the fire engulfed his car.

"Literally, when I walk out the door, flames like 5 feet to my left, just going crazy, and the first thing I see is my car, just flames on fire," he said.

The flames spread to one residential unit in the two-building Briarcrest Condominiums complex, according to an LAFD statement.

Some residents "self-evacuated" while others sheltered in place, the fire department said. No one was injured. 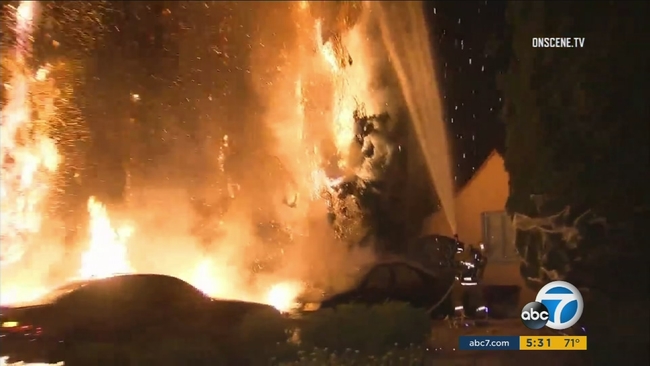 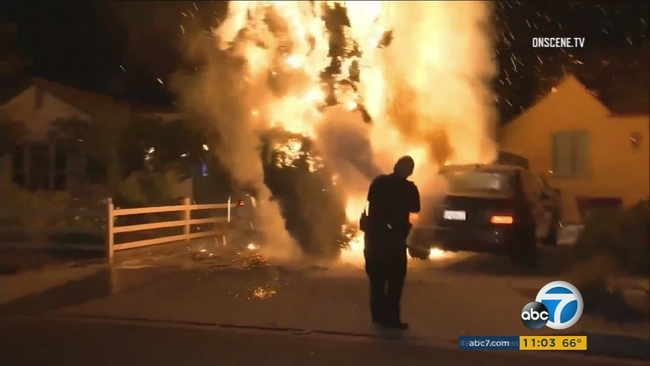