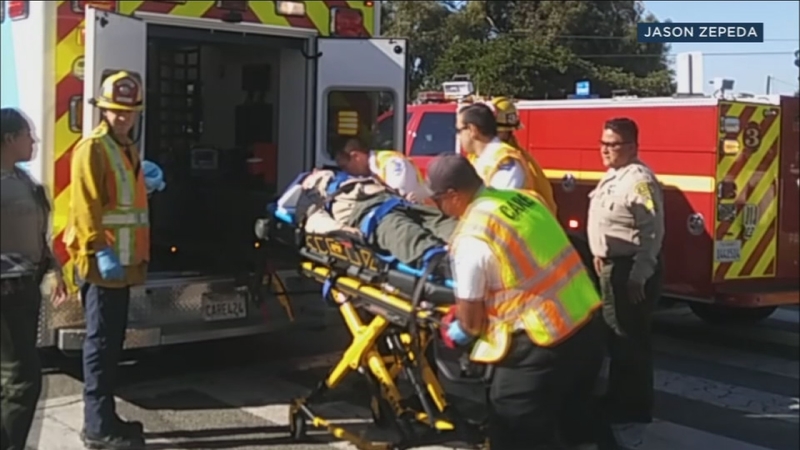 The crash between the sheriff's patrol vehicle and a Ford Focus happened at 1:23 p.m. at City Terrace Drive and Marengo Street. The sergeant -- a 16-year veteran of the department -- was rushed to an area hospital.

Authorities initially reported that the 37-year-old sergeant was in critical condition, but they now describe the injuries as minor.

Following the collision, the sheriff's SUV came to rest against an electrical cable, which created tension with the electrical lines. The lines subsequently snapped a few minutes after the crash and caught fire. The utility company responded to the scene to clear the wires.

A K-9 that was also in the vehicle was also hospitalized as a precaution. The other driver involved was not hospitalized.