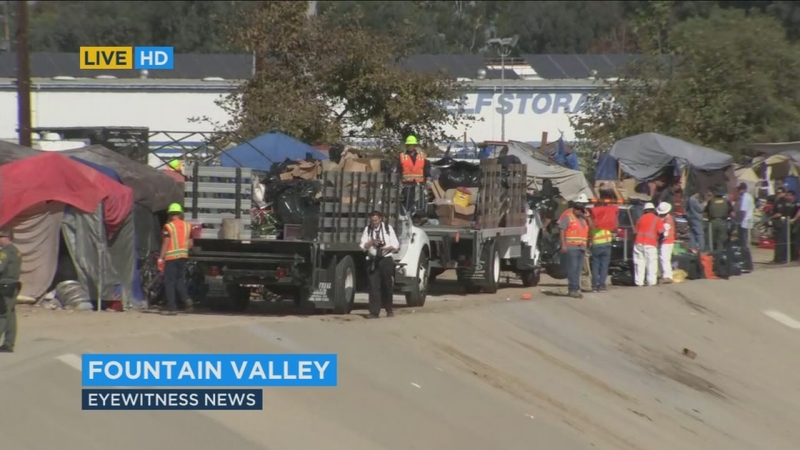 The county is closing the stretch for maintenance and remediation that was deferred because of the encampment.

"We don't have homes, but we have to live somewhere, and they don't want us living here, but they don't want us to live on the street, so I don't know what to do," said Bryan Basco, who has lived in the area for the last four years.

He is one of the more than 100 people in the encampment. Orange County sheriff's deputies went tent-to-tent reminding people they need to move.

But many people said they are tired of moving as the county continues to close parts of the river trail.

"Last time that they moved us, it was horrific," Mermaid Morgan said. "The dump truck with everybody's stuff, people having to move in shambles."

Deputies said they put people on notice two weeks ago. In addition, they've stepped up patrols in the area because of ongoing complaints. They said their goal is to get people the help they need.

Sawyer said many people left before Friday's deadline. While the county offers services, some people said they don't want the help.

Homeless advocates said affordable housing is one of the major issues they want real solutions for. For now, the people in this encampment are just trying to figure out where to go next.